Recording of the week: PTOOFF!

Apologies, this may be our shortest ever 'Recording of the Week'. It does however provide an excuse to highlight a colourful product of the late 1960s countercultural arts scene centred in and around Ladbroke Grove, London.

PTOOFF! was the debut album by The Deviants, a bluesy psychedelic rock band led by singer Mick Farren (1943-2013). Our copy of the LP came to the Library in 2013, as part of the Barry Miles collection. Miles, as he was usually known, helped found the influential underground newspaper International Times, to which Farren also contributed. In the 1970s, Farren became a regular staff writer for the weekly New Musical Express, and then a novelist and also non-fiction writer. He continued to pursue music on the side throughout his life.

The LP was released independently on the band's own label, Underground Impresarios. It was distributed by mail order through adverts in International Times, and by underground retail outlets. 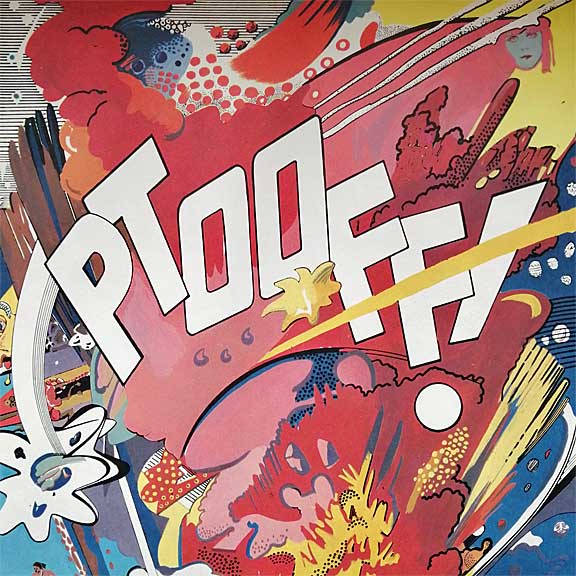 The vividly coloured cartoon sleeve (by ‘Kipps’, aka Pete Broxton) unfolds to become a six-panel poster. Our copy is the original issue, with brown ink used for the inside print (subsequent issues used blue ink). Reissues of the album shouldn't be hard to find but for copyright reasons we can provide only a short audio excerpt here.

So please enjoy the first five (sardonic) seconds of a true underground classic.

Listen to the first few seconds of the LP