Recording of the week: 'I didn’t come into the jungle to look at trees and lianas!' 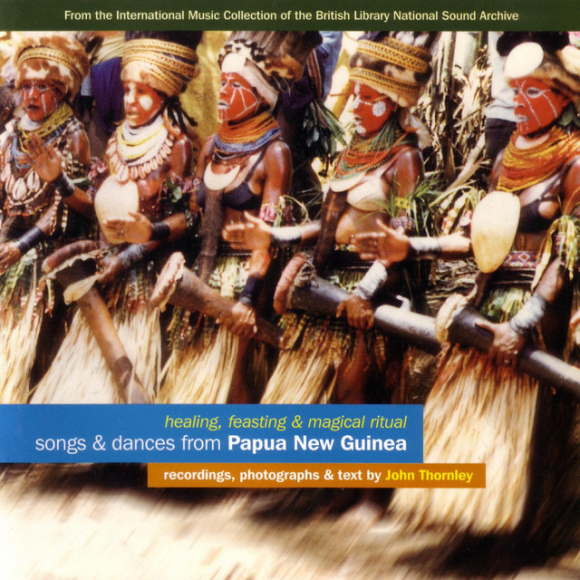 Former senior producer for BBC Radio 3 John Thornley made this field recording in 1987, in Kei Village, near Mount Hagen, in the Western Highlands Province of Papua New Guinea. The field recordings resulting from his three month stay in Papua New Guinea form part of the British Library Sound Archive collections. A selection from his collection was published on the Topic Records CD ‘Healing, Feasting and Magical Ritual. Songs & Dances from Papua New Guinea’ as part of the Topic World Series, done in collaboration with the World and Traditional Music section.

This ‘Hunting Song of the Moge and Kopi clans’ features nine unnamed performers from Kei Village playing a song on bamboo flutes. Thornley’s liner notes about the song and players hide an interesting story inaccessible to the ear.

I recommend listening first, to sink into the song’s hypnotic melody. Then read Thornley’s words about the song, which reveal a surprising layer of insight.

‘This was one of several songs that this group had arranged for bamboo flute, staggering their individual breathing so the song could be played seamlessly. This song is about a hunter who has no luck, and sings: ‘I didn’t come into the jungle to look at trees and lianas, I came to hunt for possum and birds!’ The four holes of the flute are played with the first two fingers of each hand. One player had a missing second finger on his right hand (in the area it is still a tradition to chop off one or more fingers as a sign of mourning for a close relative) so was playing with his first and third fingers.’

If you want to listen to a broader selection of recordings from the CDs published by Topic Records, you can listen to 'Topic World Series', our tenth programme for NTS Radio.