Recording of the week: Makame Faki, legendary singer from Zanzibar

Zanzibari musician, Makame Faki, affectionately known by the nickname ‘Sauti ya zege’ ('Voice of gravel'), passed away aged 77 on 18 January 2020. He was known for his exuberance, always with a big smile on his face. Of course, he was mostly known for his musical talent, as a distinctive singer, orchestra leader and violinist in the Zanzibari orchestral taarab tradition with the group Culture Musical Club. He also led musicians - as singer and violinist - in the closely related but much more fiery genre of kidumbak. 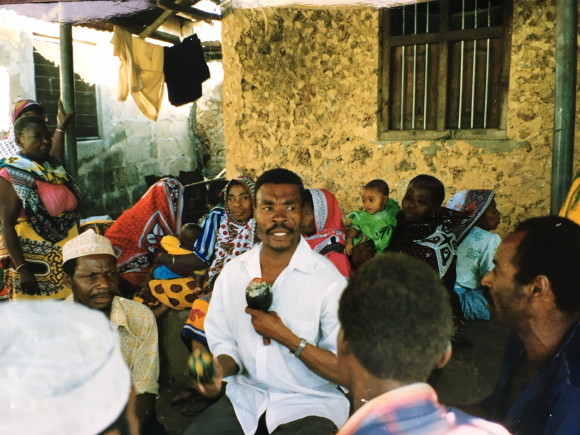 Makame Faki leading a kidumbak performance at a wedding on the outskirts of Zanzibar Town. © Janet Topp Fargion, 1989

I went to Zanzibar for the first time in 1989 to do fieldwork on taarab music for my doctorate in ethnomusicology. I had the immense privilege of knowing Bwana Makame and recording him on many occasions as he led the kidumbak sessions then extremely popular at wedding celebrations throughout the backstreets of Zanzibar Town. Some 15 years later, in 2004, he appeared at the WOMAD Festival in the UK with Culture Musical Club playing both the orchestral version of taarab - joined on this occasion by the late legend Bi Kidude - and kidumbak. 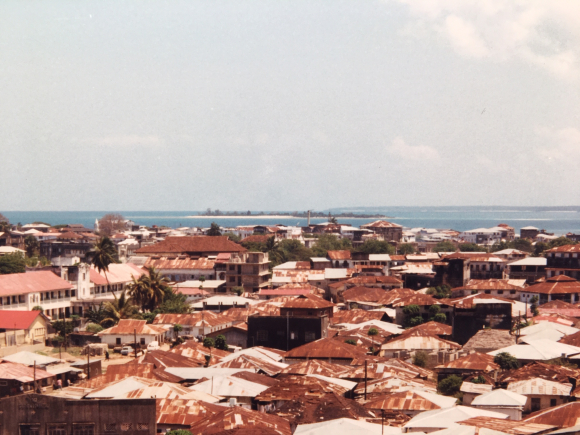 This week’s recording(s) of the week are a tribute to Bwana Makame. The first recording is an extract from a very long kidumbak performance I made with a very excitable audience at a wedding on the outskirts of Zanzibar Town in 1989. To me this was one of the most pleasurable days of my year-long fieldwork: seated right in the middle of the circle of musicians playing violin, sanduku (tea chest bass), cherewa (coconut shakers), mkwasa (beating sticks) and singers, the recording (on a good old Sony Professional Walkman cassette recorder and a single stereo microphone) tells something of the way the audience participated and the whole event was led by Bwana Makame.

The second recording, made by the British Library, is the last couple of minutes of the Culture Musical Club performance at WOMAD in 2004. Before an audience of at least a couple of thousand, and after a full hour of performance, the recording demonstrates Bwana Makame’s ability to please crowds on an international stage.

He was a truly remarkable ambassador for the music and for Zanzibar. I shall always be grateful to him for the days and weeks he spent imparting to me his huge knowledge of, and enthusiasm for this music.