Recording of the week: Women in the wine trade

At the start of her career Helen Thomson (b. 1933) received some sound advice from a fellow ‘woman in the wine trade’. The wine world was dominated by men, and Thomson could name only two women among her peers: Pat Green, Director and co-founder of French Wine Farmers, and Mrs Roberts, widow of a Director of Williams, Standring.

In this clip Thomson describes her lasting impression of Mrs Roberts ‘…my impression, she was nearly six feet tall, but perhaps I exaggerate…’ and the guidance she passed on. Mrs Roberts plainly instructed Thomson on the hypocrisy of men in wine. How they would come to the tasting room in suits smelling like cigarettes and dry-cleaning fluid, and then complain that a woman’s face powder and perfume were interfering with the tasting. Mrs Roberts’s solution was a compromise of sorts. She would order custom-made, fragrance free powder at Selfridges – with green undertones to counteract flushed cheeks – to wear in the tasting room. This would stop the men from complaining. She wouldn’t, however, give up her Chanel No. 5. 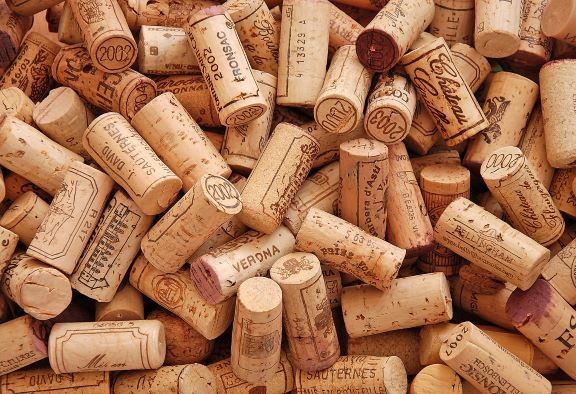 When I started I think there were really two other women who were around in the wine trade. Now I wouldn’t really quite have counted myself in their league, because I was the shorthand typist/secretary, but there was a woman called Pat Green who worked for a firm called French Wine Farmers. She’d been a British- a BEA air hostess and used to sometimes fly to Bordeaux and got to know people there and then helped set up French Wine Farmers in London. And there was a woman called Mrs Roberts who was the widow of a director of a distinguished old firm – old and old-fashioned – wine firm called Williams, Standring, who were in Duke Street, Grosvenor Square. She was a great example, I met her through Tommy Layton at tastings that we had at Williams, Standring. And the second or third time I met her she was, my impression, she was nearly six feet tall, but perhaps I exaggerate. She always dressed in red, she had wonderful white hair and always wore bright red lipstick, and she was quite roundish in shape. She did in fact look like a pillar box. And she took me on one side after we’d met two or three times and she said, ‘My dear, I hear that you have serious intentions of going into, of actually remaining in the wine trade’. And I said, ‘Yes, Mrs Roberts, I do hope to’. And she said, ‘Well, let me give you a few pieces of advice. Now, you know how awful the men are, they’re always complaining that when we come into a tasting room we bring in perfume and scent and face powder and that sort of thing. Completely ignoring the fact that of course they have only just stubbed out their cigarettes or knocked out their pipes only a moment earlier and indeed they’ve probably shoved their pipes into the pockets of their jackets, jackets of suits which have been ill-cleaned by the dry-cleaners, smell of dry-cleaning fluid. You can smell their boot polish, you can smell their brilliantine. And they complain about us. Still, we have to play along with it, so you’d better get perfume-free face powder. So go to Selfridges, to the Charles of the Ritz counter and ask them to make up some face powder for you, put a lot of green in it so that you don’t, when you’ve been drinking you don’t flush rather pink. If you have green in your face powder it calms it down and people don’t notice it. And make sure that they make it perfume-free, say that Mrs Roberts sent you. And then the men won’t be able to complain about you at all. Of course, I always wear Chanel No. 5, but the men know this and they aim orf.’

Helen Thomson was recorded by National Life Stories for An Oral History of the Wine Society in 2004. The interviewer was Mark Bilbe. For more information about this recording search the Sound and Moving Image Catalogue for the collection reference: C1088/25.