Recording of the week: Account from a Norfolk lifeboatman

The role of a lifeboatman has never been an easy one. Before the widespread introduction of modern day lifeboats, with electronic mapping and covered shelter, men responded to calls in open topped boats. These boats had very little shelter from the harsh sea wind and splash, they were slow, and had no navigation systems. As soon as the boat launched, the men would look at their watches, put the charts on their knees and use their parallel rules to work out the tides. These men could spend five or six hours exposed to the elements during a call out, limiting their physical and mental ability to carry out their work. 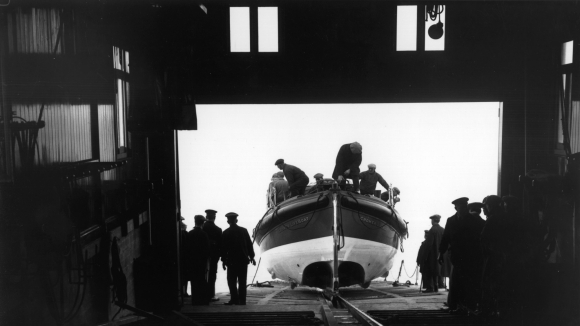 Nonetheless, Brian maintained a very strong awareness of the sea’s unstoppable and merciless nature and the respect one must show it. In 1999, Brian contributed his voice to the Millennium Memory Bank, and spoke about the distress of losing someone at sea. Throughout the recording, he discusses the impact that two particular tragedies had on him, as well as the impacts felt by the wider community along the coast.

Brian described his life as divided into three, his church, his family and his work for both the RNLI and in later life, the Salvation Army. He believed that if you can get those three parts of life to work together ‘you're on a high’, and if someone asked him to divide them up, it would be very hard.

This recording is from the Millennium Memory Bank Project, the largest recording project in the history of British radio. It ran from 1998-99, capturing the pulse of the century through the voices of thousands of people from all walks of life.

Discover more sounds from our shores on the British Library’s Coast website.

Accents & dialects, BBC, Collection, Contemporary Britain, Interviews, Recording of the week, Save our Sounds, Sound and vision, Sounds of our Shores