Recording of the week: Underwater sounds from Cromer Pier

Having spent many a childhood holiday on Cromer Pier in Norfolk, you’d think I would know the sounds of the area well. However, having never been adventurous enough to fully submerge myself in the freezing East Coast waters, I was unaware of the beauty of its underwater sounds until now. 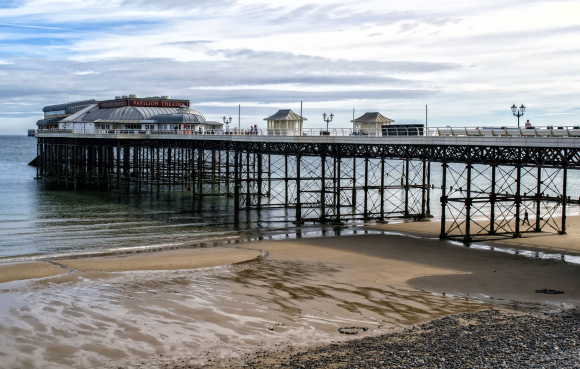 Courtesy of BurlyBullet via Pixabay

This Underwater recording from Cromer Pier captures the entrancing rhythm of the waves as they flow between the pillars of the pier. The sound of the swirling water moving weathered stones is almost orchestral, like a delicate percussion section, with tinkling xylophones.

The ability to capture these underwater sounds is possible thanks to a device called a hydrophone. The modern hydrophone’s development can be traced back to the First World War, as scientists were developing methods to sense and reveal the bearing of enemy submarines. By the end of the war, Britain had thirty eight hydrophone officers and 200 qualified listeners. The hydrophone continued to be the sole method for submarines to detect targets while submerged until the introduction of the active sonar in the early 1920s.

Modern day recordists still use hydrophones to document and learn more about the underwater world. Sadly, through this research, they have identified that recordings are often ‘polluted’ by the sounds of human noise, which has now become a recognised global problem. Shipping noise has been shown to cause chronic stress in certain species of whales, construction noise has forced porpoises to leave feeding grounds and naval sonar can cause mass stranding of beaked whales.

One of the parts that stands out so much about this recording is the clash between the calm swirl of the natural waters and the metallic creaking of the Cromer Pier. To my ears, the pier didn’t seem like a ‘polluting’ sound in this musical underwater rendition. Nonetheless, this recording does highlight the question of how much our human lives impact upon the watery world below.

This recording was made by Peter Toll in 2012 and forms part of the British Library's wildlife and environmental sounds collection.

Discover more sounds from beneath the waves on the British Library’s Coast website.