For those of us who usually travel to work every day, working from home takes some getting used to. Fortunately we’ve been able to consult our collections for some advice. The British Library’s Sound and Moving Image catalogue lists 56 oral history recordings, across 19 different collections, that mention ‘working from home’. In interviews recorded for the National Life Stories project An Oral History of British Science, three interviewees describe their approach to being productive, creative, and professional in a domestic environment. 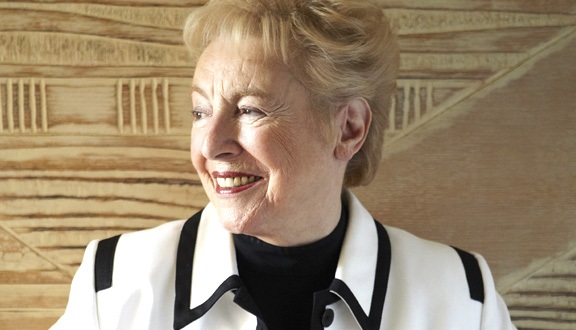 Dame Stephanie Steve Shirley set up a tech company in the 1960s to enable women with children to work as programmers from home. She had a novel approach to creating a professional atmosphere, which included playing pre-recorded office sounds while making phone calls. In her recording she describes how she got her business off the ground at a time when women with families were expected to forego their careers.

'…I recorded sort of, office type noises… so whenever the phone went I would put this on in the background so that I’d got this busy office buzz behind me. Now, I really sort of think how very naïve, but it wasn’t naïve, it actually got us going…' (C1379/28)

At the end of January in ’64, or something like that, we had a tiny mention in the Guardian newspaper, Manchester Guardian it probably still was then, that mentioned this extraordinary woman, Steve Shirley, writing computer programs in Chesham in between feeding her baby and washing the nappies. And that was really the sort of phraseology that was used. And that brought in a flood of women who liked the idea of working from home, and had computer skills, and had, as I always projected I suppose, the need or the – or might be financial need of course, to go on working without being a conventional employee. I had a secretary who came in one afternoon a week and, erm, engaged her through an agency that specialised in part-time work which largely meant women. And, so I got hold of this secretary, who’s still a friend today, called Barbara Edwards, and she arrived, was at home, in my home. She brought her own little portable typewriter. Later on she brought her own baby in a carrycot. And she was instructed really to make sure that I looked – that the correspondence and stuff went out looking as if it came out of a chairman’s office. And I know if I had difficult phone calls to make, or senior phone calls to make, I would wait until Barbara was in, so that she could connect me and give the impression of some sort of infrastructure behind me. The phone was pretty well how business was done, and sometimes of course there would be very domestic noises going on in the background. And so I took a tape recording, which we had a large tape recording then, tape recorder then, which I was using for dictation and other things like that. But I recorded sort of, office type noises, I recorded Barbara at her typewriter, so whenever the phone went I would put this on in the background so that I’d got this busy office buzz behind me. Now, I really sort of think how very naïve, but it wasn’t naïve, it actually got us going, because although there was a market there, although I did have skills, it wasn’t developed, and I did not have the commercial skills, but I sort of had some marketing skills. I changed my name from Stephanie to Steve, because I felt that I wasn’t really getting any responses from the letters that I was sending out to people offering services. My husband actually suggested that perhaps it was the good old-fashioned sexism, they saw a letter from Stephanie Shirley and it just went in the bin. So I started writing as Steve Shirley. And it seemed to me that I was getting some better response, well I was getting some responses and the work did start slowly to flow in as distinct from just all those private introductions.

Stephanie Shirley was recorded in 2010 by interviewer Thomas Lean. Listen to the recording in full on BL Sounds.

Richard West, Quaternary botanist and geologist, continued his research into environmental change after his retirement by working from home. No longer able to access university equipment, and steering clear of distractions on the internet ('I gave it up as a bad job because it interrupted my train of thought'), he continued his work using ‘kitchen science’:

'…if you’re in post you’re – so much of your university time is taken up with committee work, going to meetings, teaching, trying to get money for research, but I can do all the things I need to do with the aid of a low power microscope and these measuring cylinders, sorting out sediment.' (C1379/34)

We moved into this house in 1958. And this part of the building was derelict. Erm, where I am sitting now were two loose boxes, and where you are now is the tack room and it was full of horse medicines and all that sort of thing. And a next door neighbour used to keep a pony in one of the loose boxes at that time. And – but in 1965 we decided to make it into living space. So this room came into operation in about 1967 I think and I used it for my writing and reprint collection and so on and books. There’s not much apparatus here. This microscope is the kind of cheapest version of a low power microscope you can get and I’ve only had it since I started working in Beachamwell. I’ve got several old microscopes going back to the 1930s which used to be used, but they’re all packed away. Those are in boxes in the room somewhere. This is the only one I use. I used to spend a lot of time looking at pollen grains underneath a high power binocular microscope but I haven’t done that for twenty years or so. The drawing board I got very early on in the early 1960s, ‘cause I was engaged in drawing a lot of drawing of sections at that time, and so that’s lasted me very well. I don’t think there’s anything else here, except this computer and so on on. I used to be on the internet and on email but I gave it up as a bad job because it interrupted my train of thought, so I’m not on the internet now, which annoys everybody ‘cause they have to write to me or ring me up. But at least I’m not constantly being bothered by things. I can also go across the road to the public library where I can use a computer and Google and so on as much as I want to. Apart from that, I don’t think [laughs] I don’t think there’s any apparatus here at all. It’s all books and reprints.

Richard West was recorded in 2010 by interviewer Paul Merchant. Listen to the recording in full on BL Sounds. 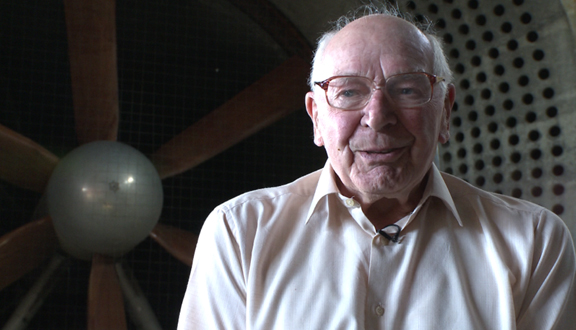 Sir John Charnley, aeronautical engineer, would continue working at home in the evening, after dinner, and after a full day in the office. 'If there was a problem that was bothering me, it would go home with me and I would wrestle with it.' In the clip below Charnley describes waiting until he was at home, late at night, to do his most creative thinking as a senior scientific civil servant:

I wasn’t of the mind that said that you didn’t take your work home with you, that you left it all behind in the office. If there was a problem that was bothering me, it would go home with me and I would wrestle with it. When I was in London, I’d catch a train home about half past six, I’d be home half past seven till eight, we’d have supper, which would've been beautiful, prepared, beautiful, drink. And if there was a problem going, there was something on my mind, Mary would go to bed and she’d leave me with a cup of coffee and I would work on. I can easily, and it isn’t a problem, to work in the night. I don’t like working first thing in the morning. There are those people who are that way inclined, but I’m a late night person - in my youth, I don’t know if I can do it now. But then I’d certainly work until one, two – and the fact that I’d been at meetings with, and particularly when I was in London, and meetings of all sorts, technical, financial, with the Treasury, you name it, lots – with the Services, I had the feeling I didn’t have time to think of where I was going, and I would do that at home. So as far as I was concerned, when I was in the office I was at the beck and call of other people, but when I wanted to be creative myself, in satisfying myself I was on the right path and I was going in the right direction, in whatever element of my job, that sort of thinking I did at home, late at night or early morning if you wish. So a) my job came home with me, I could stay late in the office if that made sense, but I’d certainly bring it home with me and work on it at home. And I had a very long suffering and forbearing wife. Bless her. Yep, oh yeah, sure, sure, sure, did a lot at home.

John Charnley was recorded in 2010 by interviewer Thomas Lean. Listen to the recording in full on BL Sounds.

Posted by Camille Johnston at 9:31 AM