Recording of the week: Women’s workwear in the 1960s 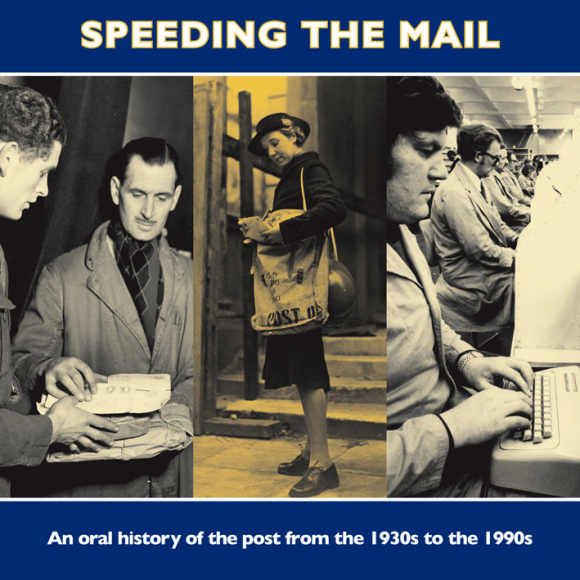 Speeding The Mail: An Oral History of the Post Office, CD published by the British Library and the British Postal Museum and Archive, 2005.

In 1969 Morag Simpson MacDonald responded to an advert in the Sunday Times for a graduate trainee programme with the Post Office. The advert was for ‘telecoms management entrants’ and there were twelve successful applicants, including five women. Despite being managed through a modern recruitment process the trainee programme was controversial – unions hadn’t been informed that the Post Office were recruiting non-engineering graduates. Morag Simpson MacDonald was a law graduate, and she began her traineeship in the telecoms personnel department.

In her life story recording Morag describes her experiences of working for the Post Office, including reflections on encountering chauvinism from male colleagues in the 1970s. She begins with a brief but revealing description of the women’s dress code when she first joined the programme, and her reaction to it:

When I arrived I suppose it was late sixties. Many of the women, there were many women working in the Post Office, they were almost entirely single and they were mostly in their fifties. There was a very, there was certainly a male atmosphere in that the directors, all the senior staff that I knew when I started were all male. And women were allowed to wear trousers to work providing they asked everybody else who worked in their office if they minded or not. [laughs] And it seems quite extraordinary. Although when I complained about this to another woman, unmarried woman, she said, well you have to remember, it’s not very long since women had to leave work when they got married. So she didn’t find it extraordinary at all that I had to ask permission if I wanted to wear trousers, but that was how it was and if somebody said no, they objected, then that was it.

Morag Simpson MacDonald was interviewed by Rorie Fulton for An Oral History of the Post Office in 2002. A written summary of the full interview can be word searched on the Sound and Moving Image Catalogue.

This collection comprises 116 life story interviews with a sample of the Post Office's 200,000 staff in the UK, recorded between 2001 and 2005. The recordings cover postal sorting, transportation and deliveries; stamp design, printing and marketing; legal, purchasing and property departments; plus lesser-known aspects such as the Post Office Rifles, the Post Office Film Unit and the Lost Letter Centre. There is an emphasis on change within living memory: the separation of post from telecommunications, computerisation and automation, new management practices and the diversification of new services offered by Post Office. You can hear more extracts from An Oral History of the Post Office on the British Library Sounds website, under the heading ‘Speeding the Mail’.