Thanks to the Unlocking Our Sound Heritage (UOSH) team's dedication to sound conservation, 200,000 of the nation’s most endangered recordings are now preserved for generations to come.

This major milestone has arrived at a significant moment. Along with our ten hub partners, we are now over half-way through a National Lottery Heritage Funded five-year project to restore and catalogue half a million rare and at-risk sounds. However, the vital work of curators, cataloguers and audio engineers around the nation was recently impeded by the challenges of lockdown life.

Despite these obstacles, or perhaps in spite of them, the UOSH team was spurred on to find that extra momentum and make this impressive breakthrough. Each and every hub across the nation played a part and contributed a substantial 20,000 recordings to the total. The audio heritage safeguarded and digitised by the project now includes recordings as varied as a survey of traditional Irish dialects by the National Museums Northern Ireland, and the British Library’s Glastonbury New Bands Competition collection.

To celebrate this achievement, we are sharing with you the striking sound of the Ecuadorian Yellow-billed Jacamar, the 200,000th recording to be catalogued and preserved in our archive. This recording was originally archived on audio CD and is one of over 5000 Ecuadorian bird sounds recorded by Niels Krabbe.

Listen to the Yellow-billed Jacamar 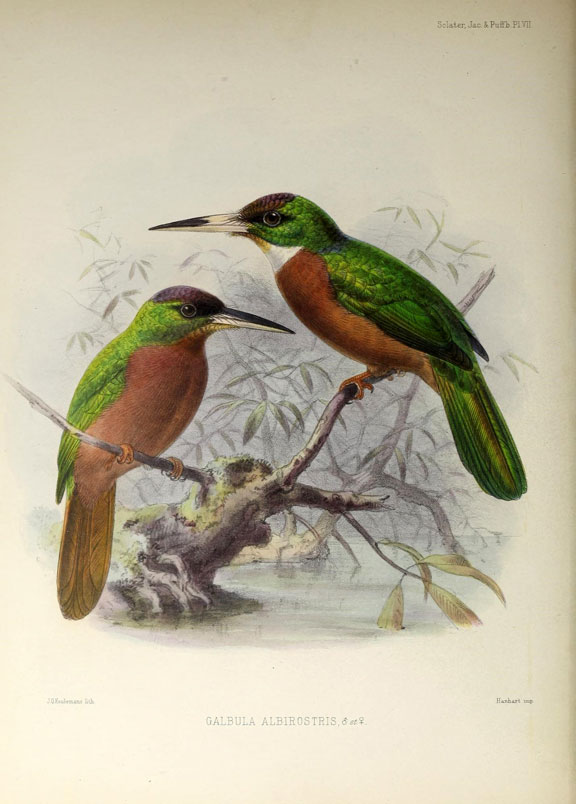 Niels Krabbe is an ornithologist, bird conservationist, and skilled recordist. He has worked extensively in the Andes and has a developed a keen interest in the biodiversity of Ecuador, where he became the first person in 80 years to scientifically record an observation of endangered Yellow-eared Parrots. The collection held by the British Library also includes the calls of endangered and endemic species, such as the El Oro and White-necked Parakeets.

As a result of Niels Krabbe’s prolific and sustained work in the region, we have obtained a valuable treasure trove of recorded history, rich in breadth and depth, and one that showcases much of Ecuador’s bird life and natural environment. These sounds are also an authentic representation of that habitat. Krabbe prides himself on ‘preferring to get a good tape recording of a bird rather than a good look at it’.

A similar dedication to conservation has ensured the UOSH team's recent success in cataloguing its 200,000th sound. As we emerge from lockdown, there is a renewed focused on the task ahead as there are many more recordings at risk, and thousands more to digitise before the project is complete.