In celebration of owls 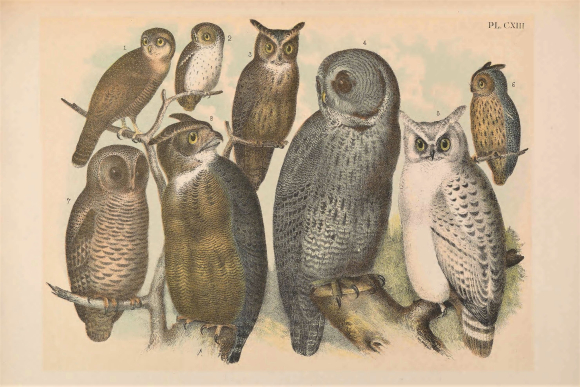 The sound archive has over 2,500 recordings of owls from all over the world. Though by no means exhaustive, this constantly growing collection has served researchers, educators and creators for over 50 years. Below are just a few examples of our favourite recordings:

If you're interested in visuals then the British Library's Flickr collection is your new best friend. Here you will find a fantastic assortment of freely available images taken from the pages of some of our 17th-19th century digitised books. There's even an entire album dedicated to owls. So head on over to the Digital Scholarship blog to read more about this collection and the different ways in which you can use these images to make some art of your own. 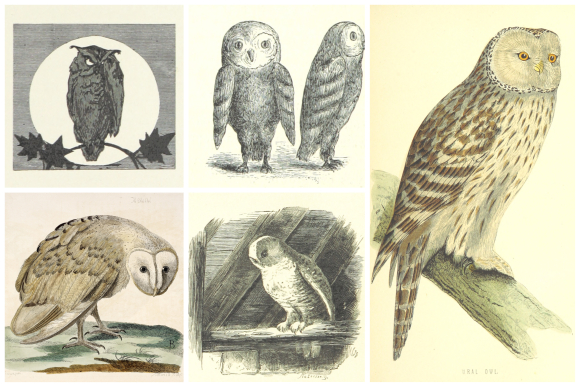 A selection of owl images from the British Library's Flickr collection

The UK Web Archive is another excellent resource for owl-related information. The Web Archive team have been doing some domain digging and have found that the Barn Owl was consistently the most talked about British owl between 1996-2013. Visit the team's blog to find out more about this and learn how you can nominate your own favourite websites for inclusion in the UK Web Archive.

Today is a great day to learn more about owls. As well as checking out our blog posts, make sure to follow #InternationalOwlAwarenessDay on Twitter to see what else is going on around the world. We'll also be sharing some special owl GIFs which feature both sounds and images taken from our collections. These were created by our Assistant Web Archivist and will be popping up on the Wildlife, Web Archive and Digital Scholarship Twitter accounts. So do check these out too. It'll be a hoot.