Recording of the week: Kathy Stobart interviewed by Jen Wilson

In the late 1980s, Jen Wilson, pianist and founder of Jazz Heritage Wales, interviewed saxophonist and bandleader Kathy Stobart (1925 – 2014). Now part of the British Library collection Oral history of jazz in Britain (C122), the audio recording of this interview has recently been cleared for online release as part of Unlocking Our Sound Heritage.

As Data Protection and Rights Clearance Officer, my job involves contacting rights holders and their representatives, in recordings such as this one, to request permission. It’s an extraordinary opportunity to learn more about the voices in the recordings, and as in the case of the Oral history of jazz in Britain collection, discover the rich history of jazz music making in the UK. 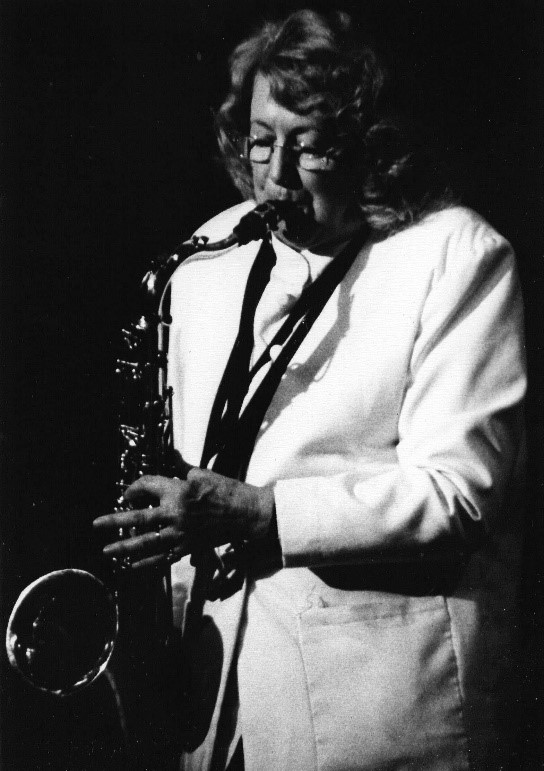 Born on 1 April, 1925 in South Shields, England, Florence Kathleen Stobart was the daughter of a pianist and a police officer. In her interview she describes a musical upbringing, and a talent for memorising piano pieces. Her early performance career included singing, dancing and impersonating artists such as Gracie Fields, but it was as a saxophonist and later bandleader that she became best known.

In this excerpt from the interview she describes her induction into life as a working jazz musician.

Kathy was only a teenager when her career began, and as a musician she travelled up and down the United Kingdom even touring abroad, working with musicians such as Denis Rose, Ted Heath, Jimmy Skidmore, Art Pepper, Peanuts Hucko, Vic Lewis, Humphrey Lyttleton, just to name a few.

While investigating the rights for this recording, I corresponded with Kathy’s son Peter by email, and in these exchanges he described her life as ‘long and full of some pretty amazing events’, highlighting the WW2 years in particular. In his words:

At the beginning as a very young girl 14 I think… travelling with an all-girl cabaret band (but run by a bloke! Don Rico) down to London and round the time of the Blitz through to… returning to London, again during the war, but around 1943, to actually take a real step into the Jazz World, travelling to west-end and Soho clubs at night, playing at the Embassy Club… with the likes of Clark Gable, Glenn Miller, Bob Hope sitting in the audience…then travelling back to Ealing amongst the sometimes bombed streets etc.

Peter goes on to describe how Kathy became ‘a ‘proper’ respected working jazz musician’, who was ‘very often on the cover of Melody Maker hailed as a real star…not that Kath would ever show off about stuff like that… she wasn't like that at all.’ His emails and the interview reveal a modest and witty Kathy Stobart, as you can hear in the next excerpt, in which she matter-of-factly talks about forming her own band, something that was a rare achievement for a woman at the time.

Kathy Stobart on working as a female band leader

Kathy married Art Thompson, a fellow musician, in 1943, then later trumpeter Bert Courtley in 1951. Around the same time she was leading her own band, which included Bert, Derek Humble and Dill Jones. As Peter mentions above, being a female bandleader for an all-male band was highly unusual, and is testament to Kathy’s determination and enthusiasm to do what she loved, and do it well.

The interview provides valuable insight into Kathy Stobart’s life as a working musician, including scaling back professional work to have three children in the 1950s and 1960s - although she continued to perform and tour throughout this period.

Sadly Kathy’s husband Bert passed away in 1969, and the interview reflects on some of the more challenging aspects of the jazz world, which professional musicians such as Kathy and Bert faced.

In the 1970s, she created the Kathy Stobart Quintet, one of the original members being Harry Beckett (trumpet), who was also interviewed for the Oral history of jazz in Britain collection. During this time Kathy was also playing in Humphrey Lyttelton’s band, as well as teaching adult music classes at City Literary Institute in Holborn, London.

There isn’t really enough space in one blog to list all of her achievements (you can read more about them on her website), but it is worth mentioning that she was also a regular guest musician on BBC Radio 1’s Sounds of Jazz, a headliner at Britain's first women's jazz festival in 1982, and even taught Dame Judi Dench saxophone in preparation for a role in a TV play. She continued to perform and make guest appearances with bands until her early 80s, long after most people would be considering retirement and a well-earned rest! 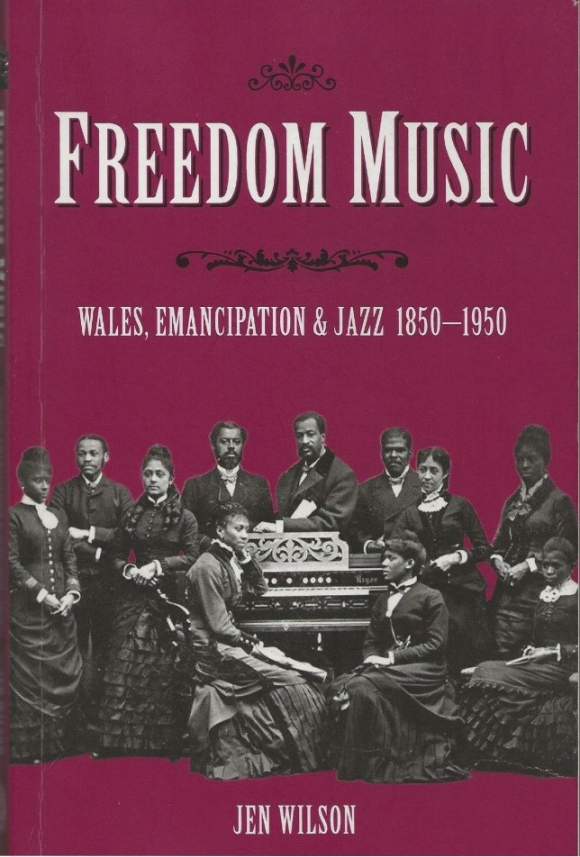 A trailblazer who inspired many people, Kathy was a key influence in fellow musician Jen Wilson’s life. Jen is a pianist and the founder of Jazz Heritage Wales, formerly known as the Women’s Jazz Archive, and has kindly shared her own perspective on the interview and how she met Kathy:

I first saw Kathy Stobart on stage with Humphrey Lyttelton’s Band at Swansea’s Brangwyn Hall in about 1957/8? She was not sitting on the side in a fancy frock waiting to be called to sing. She was standing in the front line blowing our socks off. I was about 13/14 and transfixed. My brother John was a drummer, but also owned a tenor sax on which I tried to play blues riffs. Now here was the real thing. I never forget that first impression.

In 1980 Ursula Masson with a MA in history, formed the Swansea Women’s History Group. Gail Allen and myself joined and we went on to tour photographic exhibitions and make video documentaries about women’s lives in Wales. In 1985 after finishing our video on Welsh women in the miner’s strike, Ursula said to me “you are a jazz musician, what is the story of jazz in Wales?” I said I didn’t know. She said “then find out.” I spent 18 months writing to archives and libraries asking for material on British women jazz musicians. I got the occasional letter saying “we don’t hold anything here”, or “if you find anything could you let us have it?” Then Swansea’s Glanmor Jazz Club booked Kathy Stobart to play with the Russ Jones house band. So I thought, if no archive or library had any stories about British women jazz musicians, I’d better start with Kathy if I want to know our history.

After the gig, I nervously approached her to ask if I could interview her. “Of course, love. Thank you for asking. Come to the B&B in the morning for a chat.” I borrowed the History Group’s Marantz broadcast quality tape recorder. That first chat took us to 1939; she had to drive off to her next gig. I transcribed it over the next week – I was a fast typist, trained at my school’s secretarial course. Enthralled and excited, I told Ursula and Gail “I think I have just started the Women’s Jazz Archive.” “About time” said Ursula.

Years later I managed to catch up again with Kathy. Mike (husband) and I drove down to Axmouth and a lovely welcome. She talked non-stop. Halfway she rushed to the kitchen to make a pile of tuna sandwiches, cake and tea. Then she gently eased us out of her house as she had to drive to London for a gig. A truly, lovely lady.

I was intrigued as to how this full-time jazz musician, married to a full-time trumpet player, could travel the UK and bring up three sons and produce that quality of music. Kathy simply said “my mum, we all need our mums.” She had to call in her mum as when Bert Courtley was instructed to look after the boys for a week, she had returned home from a tour to find a pile of soiled nappies out in the backyard.

I am enormously grateful to Peter and Jen for providing more context for the interview, and for archivist David Nathan at the National Jazz Archive, for helping with contacts for this recording and the collection.

You can read more about Kathy Stobart on her website and Jen Wilson’s also provides more information. Jazz Heritage Wales is based at the University of Wales Trinity Saint David (UWTSD).