Recording of the week: The V-Girls’ Academia in the Alps

Listen to Academia in the Alps: In Search of the Swiss Mis(s), a performance by the V-Girls, recorded by the British Library at the Feminist Theory Conference, Glasgow University, Scotland, 13 July 1991. 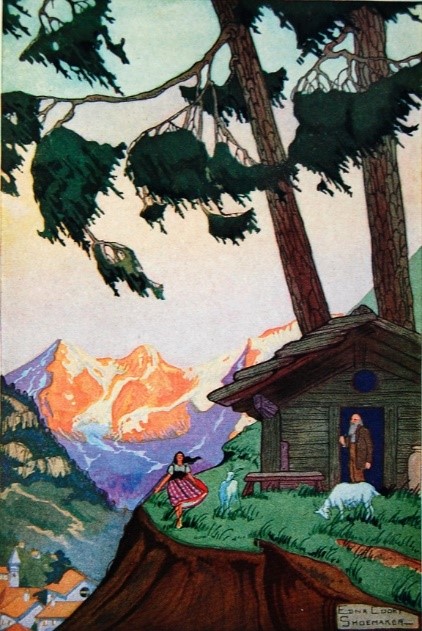 Academia in the Alps In Search of the Swiss Mis(s)

They started as a critical theory reading group and collaborated together for ten years (1986-1996). They created performances shaped like academic panel-discussions, and presented them at universities, art galleries and museums.

The Question of Manet’s Olympia: Posed and Skirted (1989).

For these panel-performances the V-Girls wrote papers drawing from gender theory, linguistics, psychoanalysis and deconstruction. Their topics ranged across power and gender relations, education, literature and art history. They used satire and parody to challenge the opacity of the academic discourse.

Academia in the Alps focuses on Johanna Spyri’s children’s classic Heidi, published in 1881. This was a pretext to talk about the position of women in academia.

In a book devoted to Swiss women writers called The Madwoman in the Hayloft, Gilbert and Gubar describe how Spyri wrote standing up while cooking the evening meal so that if her disapproving husband came into the kitchen, she could quickly thrust her pages into or under the stew. This conflagration of novelist and nourishment is typical of 19th-century women writers, who were burdened both by the responsibility of making the broth and by the curse of stewing in it.

Some of the papers given on this panel include:

‘The Goatman in the Freudian Field’

‘Derrida and Dairy: Recovering the Balanced Meal in Heidi’

This recording has been digitised by the Library’s Unlocking Our Sound Heritage Project (2017-2022) funded by the National Lottery Fund. (British Library reference C537/1).

Archives, Arts, literature & performance, Recording of the week, Save our Sounds, Sound and vision, Women's histories