The Political Lives of Postwar British MPs: An Oral History of Parliament

Emma Peplow and Priscila Pivatto write about the History of Parliament Oral History Project and their new book 'The Political Lives of Postwar British MPs'. 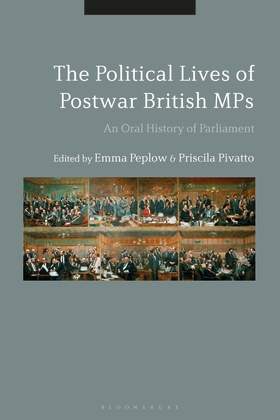 It may seem strange to explore the lives of politicians through oral history. More often it is used to create sources for communities whose narratives are traditionally unheard, whereas MPs are some of the most well-recorded individuals in our society.

We have Hansard, voting records, press reports, memoirs and media interviews. Yet there are many aspects of life in Westminster and beyond that these records can’t quite capture. To try to fill these gaps, since 2011 the History of Parliament Trust’s oral history project, in collaboration with the British Library, has been interviewing former MPs about their experiences.

Out last month, The Political Lives of Postwar British MPs acts as an introduction and guide to the archive of over 175 ‘life story’ interviews with people who witnessed British politics at first hand and offer unique perspectives on parliament’s history.

There are certainly particular challenges to overcome that emerge from interviewing those who are used to public scrutiny. In our experience, working with politicians means that we regularly encounter well-known issues for oral historians such as ‘practiced narratives’ and ‘legacy building’. Politicians are used to speaking in public and well aware that their words will shape the writing of British history. Many interviewees have their favourite stories rehearsed and retell them frequently. When asked about her first impressions of parliament, Diana Maddock (Liberal Democrat, 1993-97) recognises her own practiced narrative:

Because I won the by-election […] I had to go and talk to every local party dinner everywhere about what we did, and they used to ask “what’s it like?” And I used to say, I had a sort of patter after a while, and I said: “well, it’s a bit strange. I’m not a lawyer, I wasn’t in the guards, I didn’t go to a public school and I’m not a man. So it’s a pretty strange place.”

Previous research helps our interviewers to notice these stories and then, if possible, begin to unpack them. Some politicians might also be tempted to use the interview to portray their actions in the best possible light. Again, we encourage our interviewers to question these narratives and pursue deeper reflections. The way they justify a controversial vote, the reasons why they accepted a post, their involvement in scandals or even how they dealt with everyday life in Westminster are valuable to analyse how they understand the past and the gradual changes in acceptable and unacceptable behaviours inside the institution (for more see our recent article in Oral History Journal, 47, 2).

Despite these issues, our archive sheds light on a wide range of political experiences and offers a glimpse of life ‘behind the scenes’ at Westminster not captured elsewhere. It is an intimate perspective on British politics and Westminster’s culture in the late twentieth and early twenty-first centuries.

The archive includes as many former MPs as possible – not only the famous, not only the long-serving, but also those whose contribution is little known. Even in the case of prominent politicians, the whole life story approach gives us the most lively sense of what these people were like, their motivations, ambitions, achievements and regrets. There is a great sense of character in the interviews. 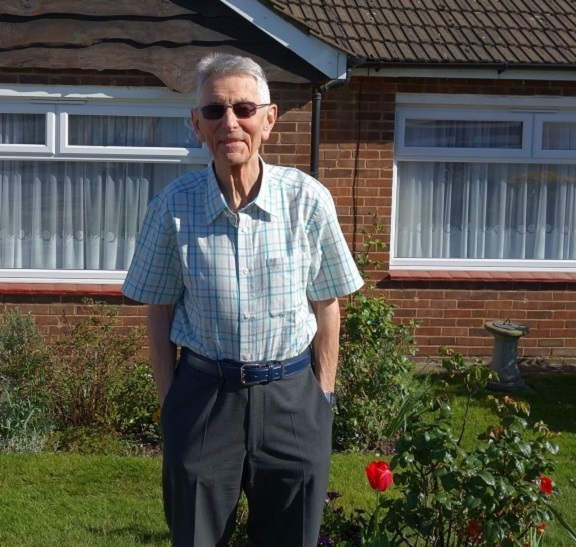 One example was the formation of the Social Democrat Party (SDP) in 1981 and why moderate Labour MPs chose to leave or remain in the party. MPs had to decide based on their personal loyalties, their calculations for their political future and also take into account the nature of their constituency party. Each decision was an individual one, as described by John Cartwright (Labour/SDP, 1974-92):

That was the key thing, the Limehouse Declaration, and it was a question of who joined and who didn’t after that. I wrestled with it for a long time. I found it incredibly difficult because, as I said, I grew up in the Labour Party and I couldn’t see what life was going to be like outside the Labour Party. I also thought the chances of holding a safe seat like Woolwich, for this curious new organisation, were about nil. […] There were two issues, one: the left had been ganging up on my constituency for quite some time. Not just the Tribunite left, I could handle them, but the hard left, the Trotskyite left. […] My friends were saying to me “look, it’s getting difficult, more and more of them are arriving, we are losing control of various committees, you need to do this, you need to do that.” I said: “hang on a minute, yes I will do all those things, but what you are going to do?” “Oh, it is very difficult for us, we are borough councillors.” I thought “why should I? Nobody is going to fight for me.” And then I thought, well I could wait and if they deselect me I could jump then, then I thought well I am damaged goods if I do that, that is not very sensible. But what it came down to in the end was that I felt I couldn’t stay in one political party if my heart was in another. And once I was convinced they really were serious about establishing a new political party I knew that’s where my heart was. And come hell or high water that’s where I had to go.

The archive provides a sense of emotion in politics, what things meant to politicians and the diversity of their personal understandings of the role of an MP. In the extracts collected in the book, MPs describe being fascinated, delighted, passionate, excited, angry, nervous, frightened, disillusioned, exhausted and many other emotions. Some narrators’ voices still broke years later when speaking about specific pieces of legislation, constituents’ casework or the impact of a political life on their families. If some were cynical political operators, most entered politics with ideals in mind. Despite different political views and life experiences, the voices valued parliamentary democracy, as John Allan Stewart (Conservative, 1979–97) remembers:

People in the House of Commons generally believe in politics. I believe there is only two ways to run society: you either run society by politicians or men with sub-machine guns, there’s no other way. So I have a great respect for the process of politics and therefore the people who practice it. Now that’s not a very fashionable thing, the fashionable thing is to attack politicians and say they’re all in it for themselves and so on and so forth. I think that some of them are, but generally that’s not true. Generally people are there because they believe in things, and/or they believe in the process of politics.

The stories build a picture of British politics over the period, from manoeuvring at constituency party meetings to Northern Irish Republicans and Unionists singing carols together in Westminster bars. Parliament’s distinct and at times baffling mixture of conventions, precedents and ‘the way things were done’ are put on full display in the interviews, as are the reactions, both positive and negative, to them. MPs could fit in and use this culture, try to subvert it, or try to meet it head on, all in order to make their mark or further their political causes.

The memories included in the book The Political Lives of Postwar British MPs are just a flavour of the History of Parliament Trust’s growing archive in the British Library, many of which can be listened to online at British Library Sounds. We hope it will be a guide for others to explore the recordings for themselves: to listen to the voices, the significant pauses and the emotions that give first-hand experiences of life in Westminster.

Dr Emma Peplow is Head of Development at the History of Parliament Trust, with responsibility for developing the Oral History Project. Emma has worked on the project since joining the Trust in 2012, conducting interviews and speaking and publishing on the project. She has previously coordinated oral history projects for the Marylebone Cricket Club Museum/University of Glamorgan and has a PhD in International History from the London School of Economics.

Dr Priscila Pivatto is a Research Associate at the History of Parliament Trust and since 2011 has coordinated to the Oral History Project. She has also conducted interviews, trained interviewers, published and presented papers on oral history, parliamentary proceedings and history of political thought. She has a PhD in Public Law from the University of São Paulo, Brazil.

Posted by Charlie Morgan at 1:09 PM