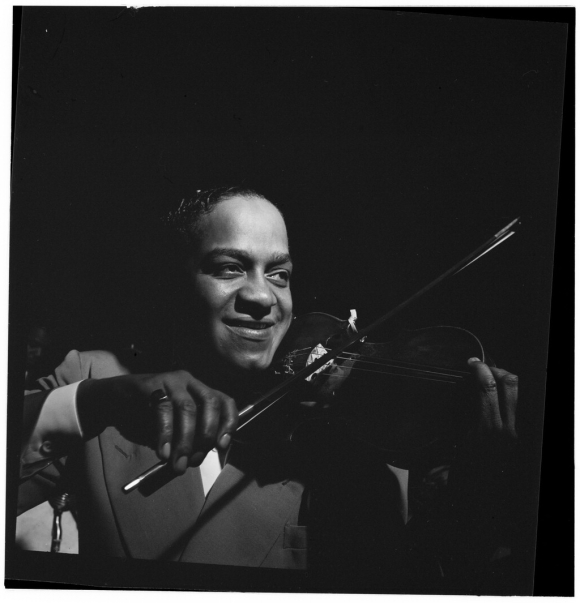 Eddie South in 1946 (The Library of Congress, Public Domain, via Wikimedia Commons)

For Black History Month in previous years I have written about classical musicians such as Dean Dixon and Cullen Maiden who had to leave the United States for Europe in order to get work as classical musicians.  This year I have been investigating the violinist Eddie South who could have had a career as a classical violinist had he been born in a different era.

Edward Otha South was born in Louisiana, Missouri in 1904. He studied at Chicago Music College with Petrovich Bessing from where he graduated in the early 1920s.  Classically trained, South could only get work in the United States as a jazz performer so during the 1920s he earnt his living performing in orchestras and groups in Chicago – with Charles Elgar’s Creole Orchestra and as first violin in Erskine Tate’s Theatre Orchestra.  In the late 1920s South formed his own group, the ‘Alabamians,’ making records for Victor for whom he continued to record in the 1930s with his ‘International Orchestra.’

In 1928 South travelled to Europe where he studied for a while at the Paris Conservatoire, and a visit to Budapest made a great impression on him.  South returned to Depression Era Chicago in 1931 and again could only get work as a jazz violinist.  Obviously drawn to Europe for its musical and work opportunities, on another trip to Paris in 1937 South recorded with Django Reinhardt and one of the most famous jazz violinists Stephane Grappelli but, although he made many recordings, he never made it into the front rank of jazz violinists like Grappelli and Joe Venuti.

Perhaps this was because South played as much popular music as jazz and even some classical material, albeit lightly swung.  An album he made for Columbia in 1940 titled Eddie South – Dark Angel of the Violin includes the Praeludium and Allegro by Fritz Kreisler and Hejre Kati, a Hungarian melody arranged by violinist and composer Jenő Hubay (1858-1937) published as No. 4 of his Scènes de la czárda Op. 32. 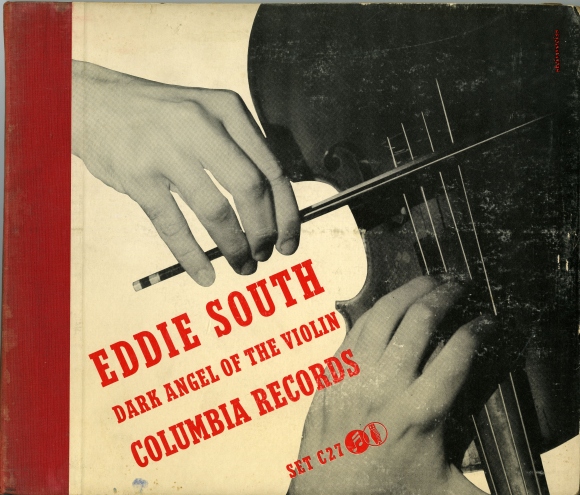 The influence of gypsy music that South heard in Budapest and the sweet tone of Kreisler, the greatest classical violinist of his day, can be heard in South’s recording of Hejre Kati, even though he only plays the first slow section and not the czardas. Recorded 10th June 1940, South is accompanied by David Martin on piano, Eddie Gibbs on guitar and Ernest Hill on bass.

South continued to record, perform and make radio broadcasts many which have survived.  He died at the age of 58 in 1962.

Posted by Jonathan Summers at 9:41 AM