Bats have a long association with Halloween. The most obvious reason for this emerges when we look at another classic character for this time of year, the vampire. As with vampires, bats are creatures of the night, only leaving their roosts after the last rays of sunlight have faded for the day. The majority of bats are also hunters and a few species even drink the blood of other animals. 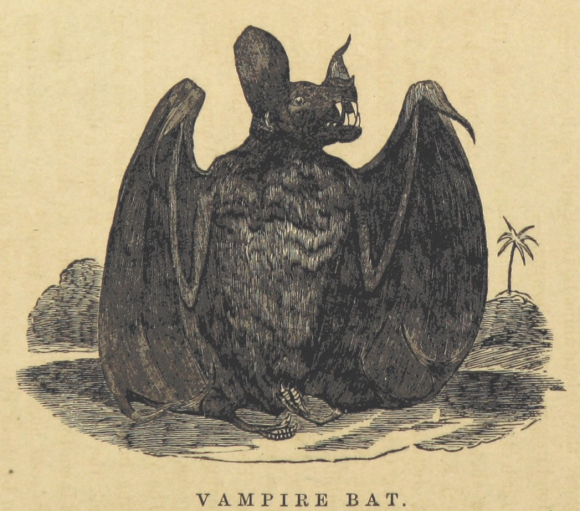 Bats also have a lot to thank Bram Stoker for. Though earlier authors and artists had already begun drawing parallels between vampires and bats, it was Stoker’s 1897 gothic horror novel, Dracula, which cemented this association in popular culture. At several points during the novel a bat is seen flapping against a closed window, however we have to wait until Chapter 18 before Van Helsing confirms the link between animal and vampire:

'He can be as bat, as Madam Mina saw him on the window at Whitby, and as friend John saw him fly from this so house, and as my friend Quincey saw him at the window of Miss Lucy.'

A much more ancient relationship between bats and Halloween can be found within the rituals of Samhain, the Celtic pagan festival celebrated from 31 October to 1 November. Huge bonfires with cleansing and protective properties were lit to mark the end of the harvest season and the beginning of winter. The glow of the fire would attract nearby insects and these would be followed closely by bats looking for an easy meal. Given that the invisible boundary between the world of the living and the world of the dead was believed to be at its thinnest during Samhain, it’s easy to understand how the silent, black silhouettes of bats darting around the flames could be construed as having supernatural meaning. 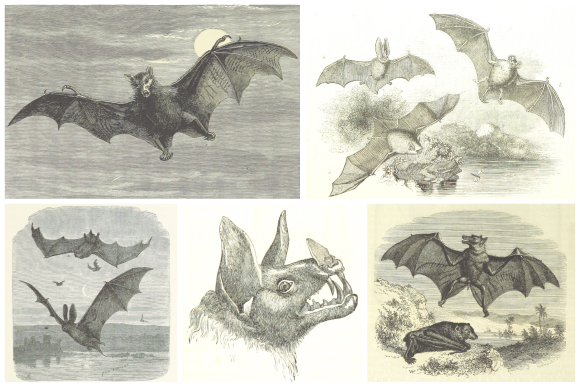 Though Halloween is full of many ghoulish and spine-tingling sounds, the calls of bats aren't one of them. The answer to this may seem obvious enough - most bats communicate and echolocate at frequencies above the human hearing range - but that doesn't mean we can't spend a little bit of time enjoying the many weird and wonderful, yet normally hidden bat sounds that still fill the night sky at this time of year.

Though these recordings are actually kind of cute, there are many other legitimately spooky sounds within the sound archive's wildlife collection. Screaming foxes, howling wolves, cawing crows, rumbling thunder, lashing rain and lots of other examples can be found. A number of these recordings were compiled for the 2014 Off the Map videogame competition which challenged higher education students to create videogames inspired by some of the British Library’s gothic-related collection items. Students were encouraged to incorporate these sounds into their games and this was done to great effect, particularly when it came to the second place winning entry ‘Whitby’.

All recordings are still available on the British Library’s Soundcloud account under Creative Commons licenses so do check out the Off the Map Gothic playlist. Be sure to also visit the Digital Scholarship blog to find out more about other gothic-themed events held at the library over the past few years. And if that wasn't enough, there's also an excellent album of free to reuse ghostly and macabre images available through our Flickr collection.

Over the past few weeks the UK Web Archive has been busy researching the changing popularity of terms such as Halloween and Bonfire Night. Head on over to their blog to read more about these changes and, while you’re there, why not try out some searches of your own using the big data Shine tool. Their website also has a dedicated Festivals section and now would be the perfect time to nominate some of your favourite Halloween-related UK sites.

Throughout today we’ll be sharing some special video animations, images and sounds that have a distinctly creepy vibe. So follow our Wildlife, Digital Scholarship and Web Archive Twitter accounts to see all of these. And however you choose to spend your Halloween, we hope you have a fang-tastic time!