Recording of the week: Music and singing for the Tihar Festival in Nepal 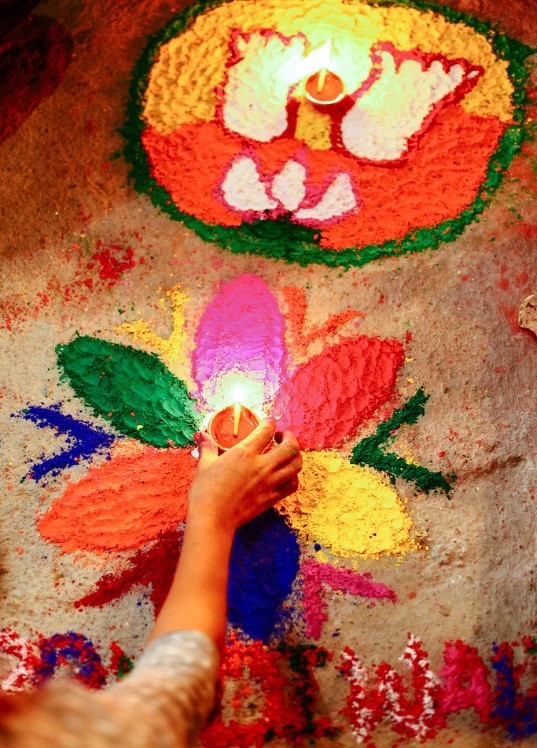 Tihar (also called Diwali) is a five day Hindu festival celebrated in Nepal. It usually takes place in the Nepali month, Kartik (end of October to November). The festival is in honour of Laksmi, the Goddess of Wealth and Good Fortune. Animals including crows, dogs, cows are also worshipped. Tihar is known as the festival of lights, as diyas (oil lamps) and festive lanterns are lit, illuminating homes and temples.

In this recording, we hear a group of campus students and staff in the small Nepali town of Gorkha Bajar, performing a Deusire song. They are singing and playing instruments including harmonium, madal and kartal. Deusire (or Deusi Re), are traditional call-and-response songs that are sung during the Tihar festival celebrations in Nepal. Traditionally, troupes of children and teenagers sing the songs and dance as they visit homes in their community, giving blessings for prosperity and collecting money, sweets and food.

This recording was made October 29th 1987 and is part of the Carol Tingey Collection (C1465/44). You can listen to more recordings from this collection on British Library Sounds.