Recording of the week: The horrors of the long drop 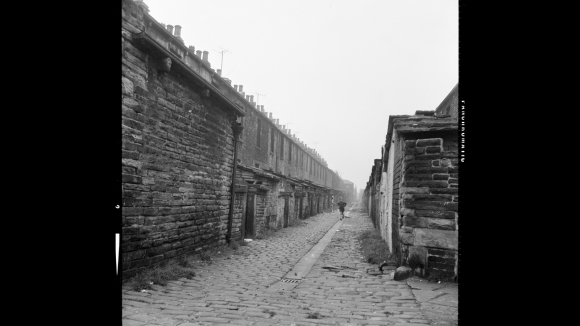 As a 1990’s baby, I have had the pleasure of never experiencing an outdoor toilet, ‘long drop’ or ‘privy’. I have frequented many a bug filled campsite toilet but never the horror of a privy. A privy is described as a basic, outdoor toilet usually without a cover or running water. By the late 1800s, many workers’ homes in industrialised areas of Britain were built with outside toilets.

Here is a recording of six retired friends from Lancashire describing their awkward and humorous experiences of the privy growing up. It’s enough to make any millennial thank the heavens for growing up with indoor toilets! The ladies not only describe the windy, cold conditions of sitting on an outdoor toilet, but also the potential hazards of rats and even cats!

Burnley accent: A women's group debate the name of the toilet

Download trasncript for Burnley accent: A women's group debate the name of the toilet

It wasn’t until after the First World War had ended in 1918 that all new housing developments in the suburbs of London had to include an inside toilet. In fact it was well into the 20th century before indoor facilities were finally a familiar sight in houses.

However this didn’t necessarily mean the end of the outdoor toilet. Although new houses had to be built with an indoor toilet, there was nothing stopping occupants of old houses from keeping their outdoor toilet. So much so, that according to a Halifax housing survey, an estimated 40,000 homes in the UK still had an outdoor toilet in 2010.

And why not? Although the friends in this recording speak of the horrors of the privy; in today’s world, estate agents suggest a well-kept privy can take house sale prices above the local average (assuming there is an indoor WC as well!). In a modern world of outdoor BBQs and children with muddy shoes playing in gardens, an outdoor toilet could come in handy. So perhaps the days of the privy are not so outnumbered?

This recording is part of the BBC Voices project, and was recorded in 2004. The recordings are a series of guided conversations that follow a loose structure based on eliciting opinions about accents, dialects, the words we use and people's attitude to language.

Discover more sounds from our homes on the British Library’s If Homes Had Ears website.