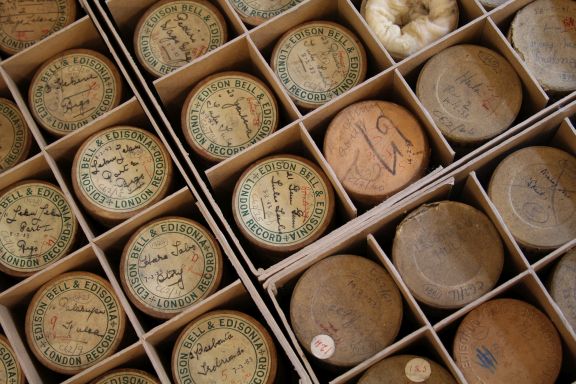 Above: A selection of the wax cylinders recorded in Papua New Guinea in 1898 and 1904.

This month marks the mid–point in the True Echoes research project, launched in July 2019. True Echoes is centred on the British Library’s Oceanic wax cylinder collections, recorded by British anthropologists in the late-19th and early-20th centuries. These collections represent the earliest recordings of Oceanic oral traditions. In recognition of their cultural heritage significance, they are included on the UNESCO Memory of the World Register.

True Echoes - funded by the Leverhulme Trust and BEIS - aims to increase the visibility and accessibility of these collections for people in Papua New Guinea, Vanuatu, Solomon Islands, New Caledonia and the Torres Strait Islands, Australia, reconnecting these rare and vivid recordings with the communities from which they originate.

I am working as Principal Investigator, and my team includes Research Fellows Vicky Barnecutt and Rebekah Hayes. We work in partnership with Oceanic cultural institutions, which represent the countries from which the recordings originate. These partners include:

The impact of Covid-19 has meant travel restrictions both internationally and within the Oceanic countries. However, the project has responded with determination and due to positive collaboration and communication with our UK and international partners and the academic community, we are now poised for the next stage of the project in 2021.

Collaboration – Travel restrictions allowed us to focus on historical research and our initial response was to target digitised content available through libraries and museums. During the first UK lockdown, there was some concern over access to sources held in libraries and museums, which had not been digitised. Concern soon faded as we were met with astonishing benevolence and the sharing of research from academics who have worked in these areas, including Heather Donoghue (UEA), Michael Young (ANU), Gunter Senft (Max Planck Institute for Psycholinguistics), linus digim’Rina (UPNG), Tim Thomas (Otago), Martha MacIntyre (Melbourne), Jude Philp (Sydney/Macleay Museum), and Kirk Huffman (independent researcher).

Additional support from our partners, including Anita Herle and the Museum of Archaeology and Anthropology, Cambridge (MAA) and AIATSIS, as well as SOAS Library through their extended access to materials through digitisation, has resulted in a wealth of resources which were not previously available pre-Covid.

The result is a significant body of historical research developed by True Echoes Research Fellow Vicky Barnecutt and Don Niles, Acting Director of IPNGS and True Echoes co-investigator. These results are to be published via the upcoming True Echoes website.

Communication - Contingency planning soon turned to the development of the True Echoes website as a means of addressing communication issues. Originally planned for release at the end of the project in 2022, the website allows us to share the outputs of historical research, metadata for the digitised cylinder recordings and photographs mapped from related UK collections. The website has been primarily designed as a research platform for use by True Echoes researchers and the first version will be launched this week to enable researchers in Papua New Guinea to prepare for fieldwork in early 2021.

Continuation - The True Echoes project is now poised to start the participatory research phase where local researchers will work with Oceanic heritage communities to learn more about the historic recordings and their contemporary meanings. This will also include the dissemination of research findings and the documentation of current practices through interviews and new audio-visual recordings. Reports from the field via our international partners will start in 2021 and we look forward to sharing these soon.

More information about the international partners is included here.

IPNGS is a national cultural institution founded in 1974, one year before Independence. They research, document, archive, and promote Papua New Guinea cultures with a focus on music/dance, ethnology, and literature. The Music Archive aims to reflect all music/dance-related research done in Papua New Guinea. It includes around 12,000 hours of recordings, as well as films, photos, and printed works. 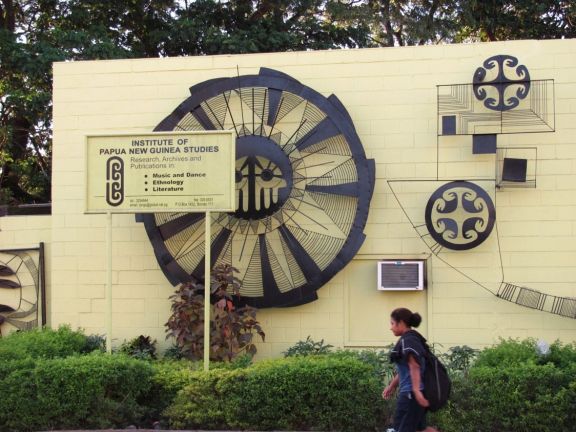 Above: Image of the IPNGS building

PARADISEC is a digital archive of records of some of the many small cultures and languages of the world. They work to preserve materials that would otherwise be lost. PARADISEC accessions, catalogues and digitises materials, and preserves digital copies. In this way PARADISEC can make recordings available to the people and communities recorded, and to their descendants. PARADISEC was founded in 2003 and their collection now represents over 1,200 languages. It is a consortium of the University of Sydney, the University of Melbourne and the Australian National University. Amanda Harris, Director of the PARADISEC Sydney Unit, is also a Co-Investigator on the project. Visit PARADISEC’s website for more information about their work.

The Vanuatu Kaljoral Senta – led by Director Richard Shing – supports the preservation, protection and promotion of Vanuatu’s cultural heritage. VKS plays a major role in the documentation of traditional knowledge and artefacts, surveys of cultural and historical sites, and the discovery of significant archaeological sites. Their National Film, Sound and Photo archive is responsible for important cultural collections of film, photo and audio recordings. Learn more about the Vanuatu Kaljoral Senta via their website. 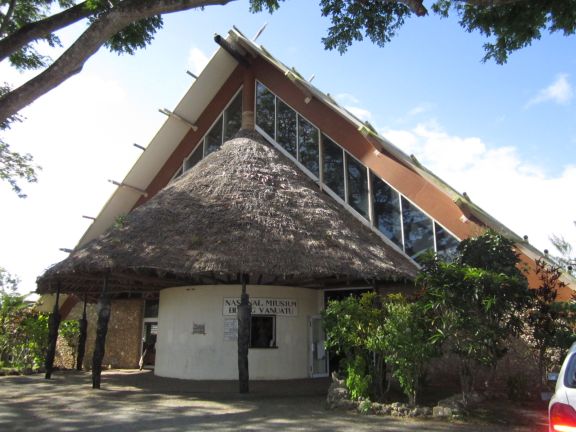 Above: The Vanuatu Kaljoral Senta building

The Solomon Islands National Museum – established in 1969 and led by Director Tony Heorake – preserves, protects and promotes local customs and traditions. Working with local communities, the museum aims to research and manage cultural and natural heritage, encourage economic development through cultural enterprise, and promote peace through respect of culture. The museum has supported many research projects, including the National Site Survey Project. These programmes enhance the development of the museum and Solomon Islands, and encourage a better understanding of the people, culture and environment. Learn more about the Solomon Islands National Museum on their website. 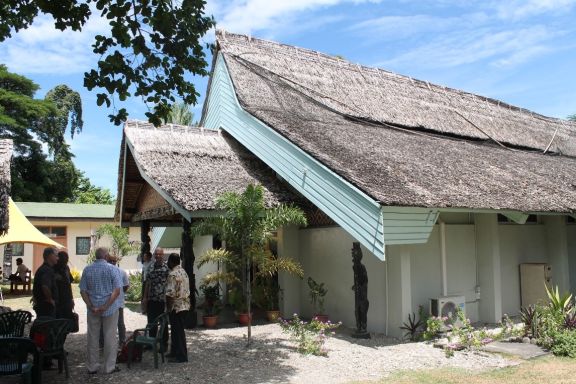 Above: The Solomon Islands National Museum

AIATSIS is a research, collections and publishing organisation, which promotes knowledge and understanding of Aboriginal and Torres Strait Islander cultures, traditions, languages and stories, past and present. AIATSIS has a growing collection of over one million items, including films, photographs, audio recordings, art and artefacts, as well as printed and other resource materials. AIATSIS, based in Canberra, also conducts community-based research in a variety of sectors, including languages, health, native title, and education. AIATSIS, originally established by an Act of the Parliament of Australia in 1964 as AIAS, was reconstituted in 1989 as AIATSIS. True Echoes is working closely with Lara McLellan, Audiovisual Collection Manager, and Grace Koch, Visiting Research Scholar. Learn more about AIATSIS on their website. 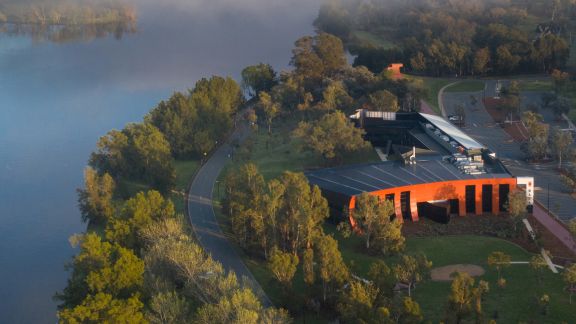 Above: The AIATSIS building, Maraga

As well as MAA, Cambridge, True Echoes is also working with the British Museum. This will help us to reconnect the cylinder collections with related materials dispersed across different UK cultural heritage institutions.

The research team will learn more about the collections as well as the development of audio within the field of anthropology. They will also learn about the impact of reconnecting Oceanic communities with their documented cultural traditions.

The True Echoes project will highlight the different cylinder collections over the next few months to share more about these fascinating recordings and the team’s research so far. In the meantime, please get in touch with us via our email address true.echoes@bl.uk for more information.

Posted by Rebekah Hayes at 5:00 PM