If current world politics are getting you down, this recording provides a fun and fascinating glimpse into the quirky world of UK politics and pop culture. David Edward Sutch (1940-1999), better known as Screaming Lord Sutch, was an English rock musician and politician. His macabre but tongue-in-cheek rock act involved dressing up as Jack the Ripper and emerging from a coffin on stage (he didn’t always emerge – he once got trapped inside it!). His political career began when he stood against Harold Wilson in 1963, but it wasn’t until he founded the Official Monster Raving Loony Party in 1983 that he rose to widespread political fame. 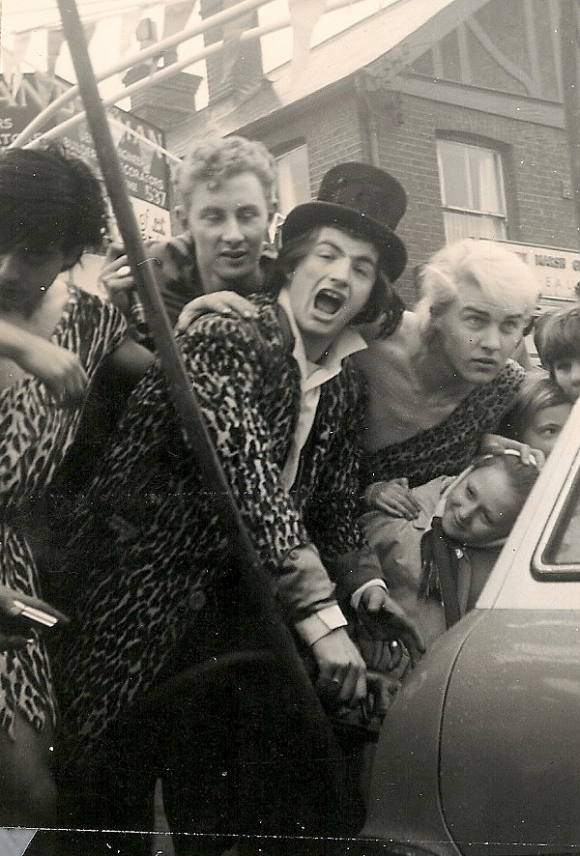 Above: A young Sutch in his famous leopard-print suit and top hat

C955: Radio Napa is a British Library Pop Music collection consisting of one item: a seven minute telephone interview with Sutch recorded onto minidisc by Radio Napa, an English language radio station based in Ayia Napa, Cyprus. In the interview, Sutch talks to presenter Nathan Morley about his relationships with several prime ministers, including Harold Wilson, Ted Heath, Margaret Thatcher, and John Major (he is especially complimentary about Wilson and Major). He also explains the current agenda of the Loony Party: replacing the pound with the Loony pound and Loony million pound note, and moving the Millennium Dome to Cyprus – open top, of course!

In the short but funny excerpt below, Sutch refers to Tony Blair’s 1997 landslide election victory:

The interview was recorded on 9 June 1999, and is the last known interview with Sutch before his death. He committed suicide on 16 June 1999, exactly one week after this was recorded. He sounds remarkably upbeat in the recording as he reminisces about the past and discusses his future plans. He seems to have a genuine fondness for the country and people of Cyprus, and speaks with enthusiasm about his desire to perform a live gig on the island in the not too distant future. This interview provides a brief but important insight into Sutch’s personality. He comes across as passionate, kind-hearted and quick-witted. This is how he should be remembered.

The full recording has been digitised as part of the British Library’s Unlocking our Sound Heritage project, funded by the National Lottery Heritage Fund.