It was when Glenda Jackson fixed me with her frankly intimidating glare and barked, ‘Is that enough for you?’ that I knew I was in way above my head. What on earth was I doing on London’s South Bank, not only with a national icon of stage and screen but with one of the pioneers of documentary photography, Grace Robertson? What on earth did I think I was doing? Luckily Grace (who sadly died on 11 January aged 90) came to my assistance, accustomed no doubt to dealing with tricky customers, and calmly said that yes she’d got the images she needed, thank you. Glenda was pacified.

Those times in 1993 took us around the country for the National Life Story Awards, part of the International Year of Older People, to meet and photograph ‘champions’. Jackson, Richard Branson and Lord Soper were amongst them, and it was a huge learning curve for a young and relatively inexperienced oral history curator. Grace, then aged 63, agreed to take part in the project to ‘celebrate the role of older women photographers’ and I got to know her gentle and unobtrusive technique (despite her considerable height: she was six feet two inches). 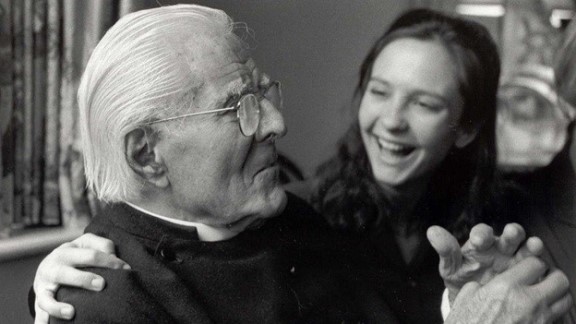 Lord Donald Soper being interviewed by his granddaughter as part of the 1993 National Life Story Awards. Image courtesy of Grace Robertson/British Library

Grace was fearless but great fun and with her husband, photographer Thurston Hopkins, was enormously generous to me when Val Williams and I were starting up our Oral History of British Photography (OHBP) project at the British Library in 1990. At exhibition openings she’d say to me: ‘Have you met XYZ [famous photographer]’, and then whisk me off to meet my heroes. She and Thurston played an important part in OHBP: both were interviewed themselves (see the BL Sounds website at Grace Robertson and Thurston Hopkins), and Grace trained up to become an interviewer herself, capturing recordings for the collection with Mark Gerson, Penelope Anne Tweedie, Humphrey Spender and Margaret Harker.

Born in 1930, the daughter of journalist Fyfe Robertson, Grace Robertson was one of the few women photographers to work for the magazine Picture Post, which did so much to promote documentary photography’s role in documenting ‘ordinary’ lives before, during and after the Second World War. Her father gave her a Leica camera in 1949 and Grace worked as a freelance photojournalist for Picture Post (initially under the pseudonym Dick Muir) from 1951 until it closed in 1957. She was often allocated commissions about women’s lives. Her 1955 images of childbirth were truly pioneering and she later remarked that ‘I felt I was an observer of society. I never thought about my presence in it. My driving force in photographing women was to find out what made them tick.’ 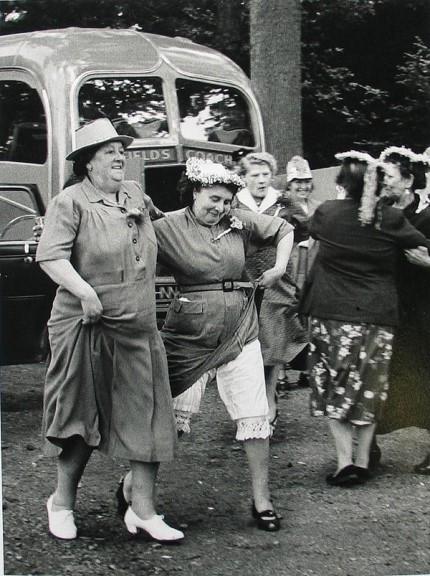 Grace went on to work for other British and American publications including Life, retraining as a teacher in the mid-1960s, and only returning to photography in the 1980s. Latterly she lectured on women photographers and published an autobiographical monograph, entitled Grace Robertson – Photojournalist of the ‘50s. Shirley Read, another OHBP interviewer, remembers that Grace was also the Chair of ‘Signals, the Festival of Women Photographers’ in 1996, and ‘she could be formidable in that role’. In retirement she and Thurston moved to Seaford in Sussex where he died aged 101 in 2014.

Grace Robertson was interviewed by Alan Dein in 1993 for An Oral History of British Photography.

Posted by Camille Johnston at 4:23 PM