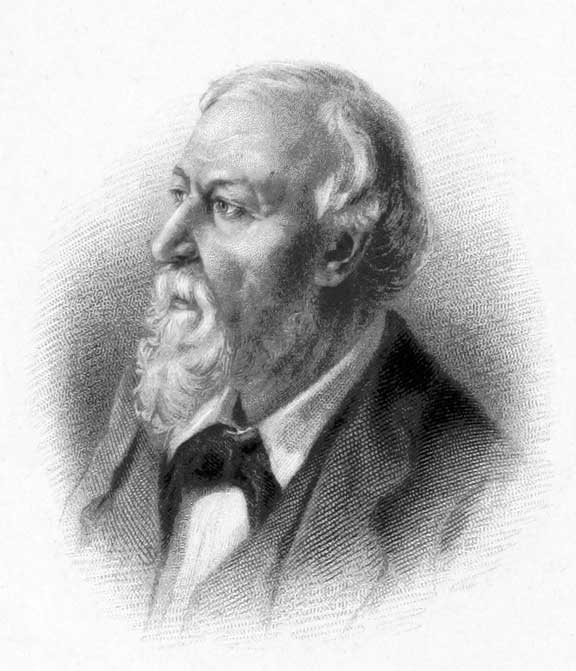 Above: British Library digitised image from The Poetical Works of Robert Browning (1888).

Robert Browning was an English poet and playwright born in Camberwell, London.

Like his wife Elizabeth Barrett Browning (1806-1861), whose great success as a poet exceeded his, at least in her lifetime, he was one of the most popular poets of the Victorian era.

This cylinder recording of Robert Browning is the earliest recording of a major British literary figure that we know of.

It was made at a dinner party given by Browning's friend, the artist Rudolf Lehmann on 7 April 1889, on a phonograph brought to the party by Thomas Edison’s representative in Europe, Colonel Gouraud.

Here is Browning attempting to read his poem ‘How they Brought the Good News from Ghent to Aix’.

Unfortunately, he runs into a bit of trouble trying to remember how it goes, but all is resolved in good-humoured fashion.

Listen to the voice of Robert Browning

Browning was then in the last year of his life. He was to die that December.

It is not unusual nowadays for a recording of the deceased to be played at a memorial event honouring a poet or a writer. Recording technology is now more than 140 years old. It no longer brings with it the shock of the new.

In 1890, however, when this recording was replayed at an event held on the first anniversary of Browning’s funeral, it was by no means common to hear a voice from ‘beyond the grave’.

It was all too much for Browning's sister Sarianna, who called it 'an indecent séance', and wrote to a friend:

Poor Robert's dead voice to be made interesting amusement! God
forgive them all. I find it difficult.