'Tell the world what was happening': Uprising at Auschwitz

At Auschwitz-Birkenau concentration camp on 7 October 1944 there was an event that confounds many people’s assumptions about Nazi death camps: that resistance was impossible. In fact Jews did resist Nazi oppression throughout the 1930s and 1940s.

In a carefully-planned operation a group of prisoners known as the Sonderkommando – those who were forced on threat of their own deaths to dispose of gas chamber victims – fought back against their captors.

For months young Jewish women had been smuggling gunpowder to the camp resistance from the munitions factory within the Birkenau complex, and this was used to create makeshift bombs and grenades. On 7 October, having learned that the SS was going to liquidate much of the squad, the Sonderkommando at Crematorium IV rose in revolt during a roll call. One of the prisoners calmly walked up to a Nazi officer and struck him with a hammer. In the ensuing chaos SS guards were attacked with knives, stones and explosives. Crematorium IV was set alight. Three guards were killed and many injured. But although some of the prisoners managed to cut their way through the barbed wire to flee into the woods, the revolt was short-lived. The escapees were recaptured, and they and as many as 450 more were executed.

Freda Wineman, then aged 21, witnessed the aftermath, as she remembered in an interview for National Life Stories in 1988/9 (C410/13). Born in Metz in France, she and her family were evacuated to south-west France in 1939. Following the Nazi invasion of 1940 Freda’s whole family were arrested and sent to Drancy concentration camp near Paris. From there they were taken to Auschwitz-Birkenau where Freda was separated and sent to work. 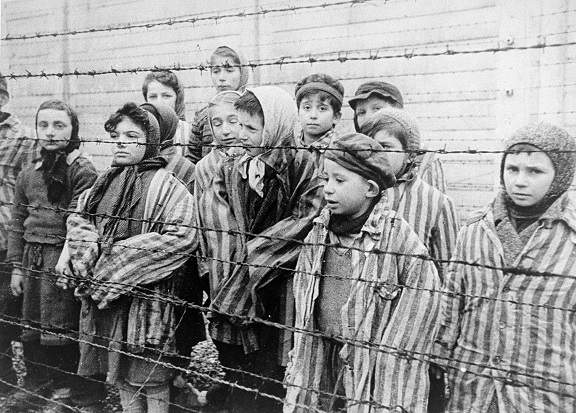 Download Freda Wineman 'tell the world what was happening' Transcript

Soon afterwards Freda was taken to Bergen-Belsen until February 1945 and from there to Raguhn camp and Theresienstadt, from where she was liberated in May 1945. Freda subsequently discovered that her parents and her brother, Marcel, had been killed at Auschwitz. She returned to Lyon in June 1945 where, despite being hospitalised with typhoid, she attended Klaus Barbie’s trial. In August 1945 she was finally reunited with her brothers David and Armand and in 1950 Freda married and moved to the UK.

In 2018 Freda, who has received a British Empire Medal for her extensive work with the Holocaust Education Trust, issued her own message on the importance of Holocaust education in an interview with CNN:

We have to be aware there are some right-wing movements that have to be stopped and eliminated… We must not let them get to the top because they are evil. Let's hope somebody will fight them. In several countries it has been happening and it is very worrying indeed.

We have testimonies in many museums and we hope that some of these young people will look up some of these and learn from them…Of course it won't be the same because they won't hear us speak about it and tell our own experiences. It will be different but we have to trust the future generation

If we don't live with hope we are finished. 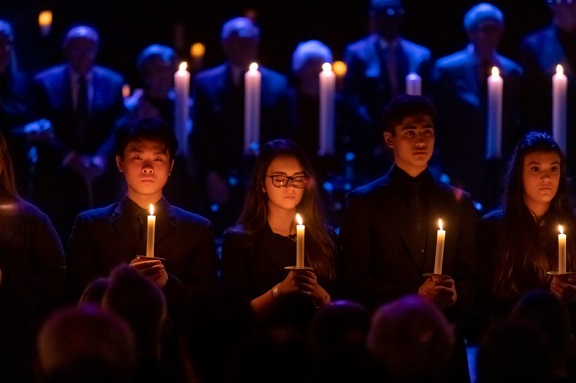 Be the light in the darkness. Source: Holocaust Memorial Day Trust

Freda Wineman was interviewed for ‘The Living Memory of the Jewish Community’ in 1988-89 by Taffy Sassoon and her full interview is available at the British Library Sounds Website.

The British Library Learning resource ‘Voices of the Holocaust’ is currently being updated and redesigned.

Posted by Charlie Morgan at 9:38 AM