Experiences of women in STEM: working in the scientific civil service

For International Day of Women and Girls in Science, PhD candidate/researcher Emmeline Ledgerwood looks at the careers of women government scientists in a new article for Women’s Rights. Here, she discusses the research that revealed the opportunities and challenges these women encountered as working scientists.

I met Carol Atkinson, Susan James, Sarah Herbert and Shirley Jenkins during 2018-2019 when I interviewed them for my PhD research into the impact of organisational change in government research establishments. I conducted 23 oral history interviews with former government scientists and these interviews are being added to the British Library sound collections, alongside the larger collection of interviews with British scientists, An Oral History of British Science.

Six of my interviewees were women who had worked either at the Royal Aircraft Establishment (RAE) in Farnborough or the Building Research Establishment in Watford during the second half of the twentieth century.1 While the interviews focused on organisational change, memories of childhood and education were explored alongside those of working life, revealing some of the influences, opportunities and challenges that defined their careers in science.

Sarah Herbert on the inspiration from her Physics teacher C1802/13

Download Transcript - Sarah Herbert on the inspiration from her Physics teacher

The women featured in the article are not those who have made brilliant scientific breakthroughs or who will become the subject of biographies.2 More importantly, perhaps, they represent and refer to the curious, practical and intelligent women who embarked on a working life in science as the natural choice for a satisfying and enjoyable career. Their stories are of women who were valued colleagues, contributed to their field at many levels, whether as technicians or experts on international committees, and held senior positions of responsibility in the workplace.

At the same time interviewees' experiences of working in science illuminate the widespread challenge of navigating male-dominated environments before the establishment of equal opportunities practices in the workplace. The prevailing attitudes are reflected in the 1980 Review of the Scientific Civil Service, which made no attempt to analyse staff diversity in terms of race or gender, rather it was concerned with numbers, qualifications and scientific disciplines.3 While there are no references in the interviews to active efforts by women to collaborate in changing their standing within the system, the article shows how individual women responded to the workplace culture.

Women such as James progressed to positions of standing in the professional scientific community, but there have always been many women who have played an integral role in the conduct of scientific research who are far less visible to historians of science. At RAE there were technicians, cleaners, administrators and librarians, such as interviewee Pam Turner who was a subject librarian responsible for answering enquiries from the materials and structures team. 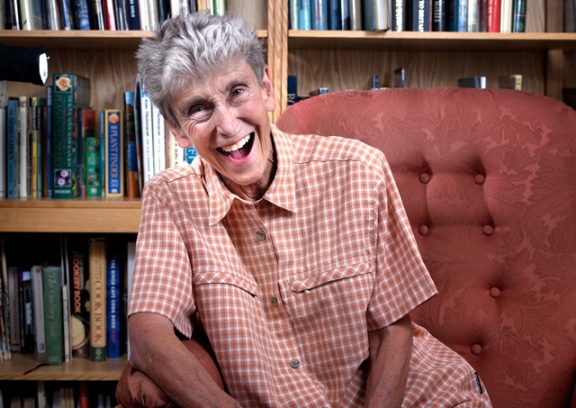 My PhD oral history interviews have allowed the stories of their working lives to be preserved. The beauty of the life story approach is the bonus of tantalising glimpses of other women who inhabited these worlds of science, such as ‘this admin officer, she was like the God-like person in charge of admin for the department’; or ‘she was one of the WAAFs employed at Bletchley Park operating all these things to keep track of what was happening’; and ‘she used to fly Met Research Flight and go thunderstorm hunting, she was a great glider pilot.’4 If only we could track down more women such as these and record their stories for another oral history project.

Explore the journeys of Susan James, Sarah Herbert, Shirley Jenkins, Carol Atkinson and their colleagues on the Women’s Rights website.

Blogpost by Emmeline Ledgerwood (@EmmeLedgerwood), AHRC collaborative doctoral student with the University of Leicester and the British Library Oral History department. Her research looks at how the privatisation policies of the 1980s and 1990s affected government research establishments and the scientists who worked in them. She also writes about parliamentary history, including the scrutiny of science at Westminster and political ambition in women. Her interviews for the History of Parliament oral history project (C1503) and with Conservative party activists (C1688) are archived in the BL sound collections. Emmeline is co-convenor of the University of Leicester oral history reading group @hypirohrg which welcomes new members.

Posted by Camille Johnston at 8:58 AM