The Direct Method, teaching a language by speaking it (Stray 1992: 12), was originally introduced by W.H.D. Rouse in the late 19th century and is part of the wider Applied Linguistic interdisciplinary field. Son of a Baptist missionary from India, Rouse attended Regent’s Park College when the family moved back to London in 1880. After a fellowship at Christ’s College (Cambridge), Rouse continued his teaching first at Cheltenham College, and later as a schoolmaster at Rugby Grammar School. Convinced that a radical change was necessary in public school classical curriculum, Rouse laid out a new solution known as the Direct Method. This new progressive approach promoted by Rouse would enable pupils to immerse themselves fully in the learning experience of languages.

According to the Oxford Dictionary of National Biography, Rouse’s new way of teaching modern languages can be traced back to Germany, when a polemical pamphlet ‘Language teaching must start afresh!’ by Wilhelm Viëtor was first published. The work - inspired by Viëtor’s own experiences - was conceived as a means of bridging the gap between knowing and living a language in one's daily life (Walmsley 1984: 1).

Several reforms carried out in the educational field were indicative of much broader social and economic developments taking place in England at the end of the Edwardian period: the Elementary Education Act 1891, which removed fees in elementary schools was mainly aimed at promoting more accessible education within a society still dominated by social inequalities.

The teaching of foreign languages also looks to the living situation rather than a given literary corpus, with emphasis on the direct method and, wherever possible, complete immersion in the target language (especially by living among its speakers). Language in education has often been influenced by political factors: for example, Welsh was proscribed in the schools of Wales for a long time in the 19c, but now many schools in Wales teach through the medium of Welsh and every school teaches the Welsh language (Mc Arthur et al 2018).

The core features of the direct method were conversation, questions, and answers, which belonged to the Socratic method of ancient Greece. In short, this new approach represented a radical renewal in the way of teaching the classical curriculum.

As applied to the teaching of languages, the Direct Method means that the sounds of the foreign tongue are associated directly with a thing, or an act, or a thought, without the intervention of and English word: and that these associations are grouped by a method, so as to make the learning of the language as easy and as speedy as possible, and are not brought in a haphazard, as they are when children learn their own language in the nursery.  It follows that speaking precedes writing, and that the sentence (not the word) is the unit (Rouse and Appleton 1925: 2).

Listen to instruction - in Latin

Side one of ‘Latin Course’ (Linguaphone LAT 1-10 E). BL ref.: 1CS0011839. We hear the teacher start the lesson by encouraging the pupils to repeat a set of Latin words after him - to mimic the sound so as to create a real experience of the language.

In 1911, Rouse organized a summer school on direct-method classical teaching. Its success led to further such events, and at the Cambridge school of 1913 the Association for the Reform of Latin Teaching (ARLT) was founded. 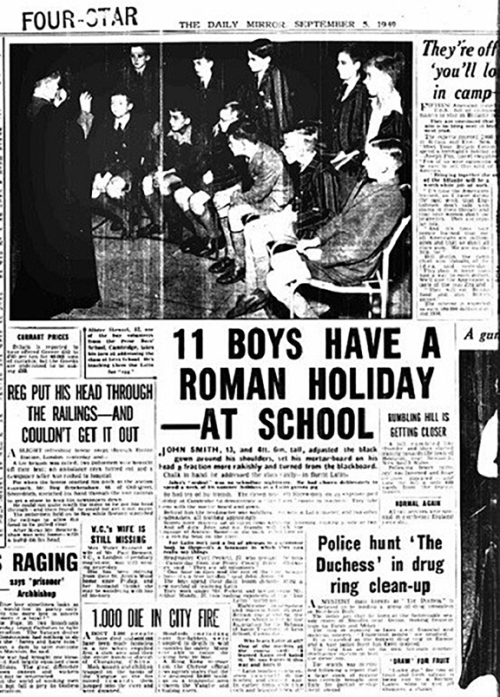 Newspaper article about the Direct-Method from The Daily Mirror (5 September 1949, British Newspaper Archive)

One of the principles of this method is that English language should be avoided during the lessons. However, on rare occasions some teachers might find it beneficial to some extent, such as to confirm a correct understanding of the Latin word by giving the English equivalent (Appleton 1913: 2-3). 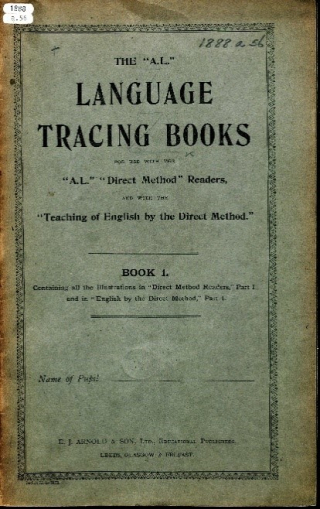 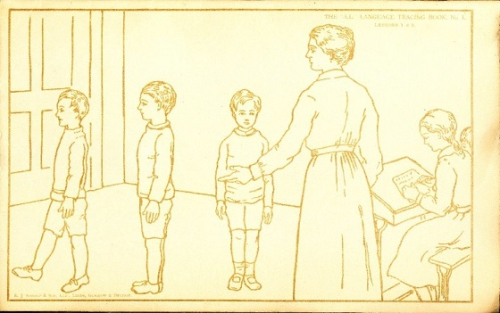 In the 1930s, Rouse made a gramophone disc of a Latin course and of Greek passages for the Linguaphone Institute. On page 9 of the accompanying booklet for his Latin Course (BL shelfmark DOC0001278) he notes:

On no account give the Record before the lesson. The direct method makes its unique effect because it is natural, spontaneous, and acts between two humans beings without interference. A mechanical device would spoil it; indeed, these hints are only meant to help those to whom it is new, for when they have got all the matter in their heads, they will use it quite naturally, each in his own way, and all hesitation will disappear.

Listen to instruction - in Latin

Side ten of ‘Latin Course’ (Linguaphone LAT 1-10 E). BL ref.: 1CS0011839. In this second clip we hear more of the lesson as the pupils repeat a set of Latin words after the teacher - to mimic the sound so as to create a real experience of the language.

This approach relies on the idea that a more immersive, interactive way of learning a language, which doesn’t start with plain grammar books, should be promoted: the use of words (and idioms) is the ultimate tool of the whole learning experience. In this reformed method - a conversational method - the correct use of constructed sentences should be preferred. Thus the pupils should be able to write and speak in a completely constructed language before they can fully understand that vernacular expressions like idioms, often do not require them (Stokes 1917: 11-14).

Stokes, E. 1917. A Reformed Method of Teaching English: Being a Practical Exposition of the Direct Method for Teaching English as Used in an Indian High School. Calcutta: Longmans & Co.

Save our Sounds, Sound and vision