Recording of the week: A different kind of national anthem 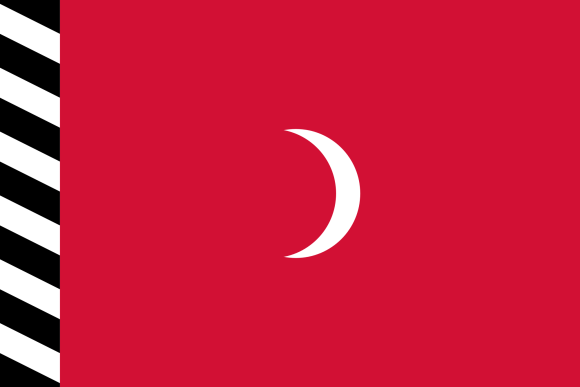 When we think of national anthems, we usually have in mind grandiose compositions performed by orchestras or brass bands; epic pieces based on European art music styles such as operas, marches and fanfares accompanying sincere and stirring songs of patriotism. Today’s 'Recording of the Week' is a national anthem with a bit of a difference.

‘Salaamathi’ is the earliest known national anthem of Maldives – the small island nation in the middle of the Indian Ocean. It was originally an instrumental piece, performed by the Sultan’s band during official and state occasions at the royal palace, accompanied by a seven-gun salute. No-one knows when it was written.

This recording of ‘Salaamathi’ is played in its traditional style – no big European orchestra here. Unlike modern anthems, the tune of this version is not set in stone; instead, the player of the flageolet (a type of shawm, a woodwind instrument similar to an oboe) elaborates extensively on the core melody, with many extravagant ornamentations and improvised elements that make each performance unique. This melody is accompanied by a trumpet and two types of double-headed barrel drums, the funa beru and the maana beru. In Maldivian court music, the drum rhythms are often as important as the melody, and can confer meaning all on their own.

The ‘Salaamathi’ was rewritten in 1948, with lyrics and a tune based on ‘Auld Lang Syne’, and eventually replaced altogether with the current anthem, ‘Qaumee Salaam’, which was adopted in 1972. This particular recording is therefore very rare – it is possibly one of only two recordings of the original ‘Salaamathi’ ever made.

The musicians that you can hear are the surviving members of the royal band of the Sultanate of Maldives, recorded in 1979 by Hassan Ahmed Maniku. The Hassan Ahmed Maniku Collection (C996) is made up of 28 recordings by these musicians and includes pieces to accompany martial arts, military parades and official events, as well as to announce curfews and various Islamic calendar events. The Sultanate and its royal court were dissolved in 1968 when the country became a republic, and it is thought that these are the only recordings made of this music – including two versions of the original ‘Salaamathi’.

The music of Maldives is rarely heard on the world stage. With a population of about 500,000 people, its culture is often overlooked in favour of its larger South Asian neighbours. The Hassan Ahmed Maniku Collection is an invaluable resource to shed light on traditional Maldivian culture, including aspects of it that may no longer survive – as well as providing a fascinating look at a national anthem like no other.

Thanks to the Maniku family for their enthusiasm about these recordings and for allowing us to share them in this post.