For World Copyright Day, Data Protection and Rights Clearance Officer Kirsten Newell examines some of the copyright law surrounding sound recordings and its implications for rights clearance on the Unlocking Our Sound Heritage (UOSH) project.

The UOSH project aims to provide public access to hundreds-of-thousands of the nation’s most at-risk recordings. By working with contributors to clear their copyright, UOSH strives to promote open access to these incredible recordings whilst protecting and respecting the rights of the artists.

Copyright is complex and often misunderstood. Put simply, copyright is the owner’s legal right to create copies of their creative work and share it with the public. Under UK law, any time you create a work that originates from you, and you have exercised some skill and judgement in creating it, you hold a copyright over that work.

The UOSH project has a dedicated Rights Clearance team, committed to clearing the different layers of copyright in our recordings. A common misconception is that copyright only extends to the artistic works within a recording, such as a recorded song or monologue. However, recordings can contain multiple copyrighted works. A recorded song might consist of a musical right to a melody, a literary right to the lyrics, a performance right for the speaker or musician and the master right to the actual recording. These separate works might have different owners and often their copyright lasts for different durations. 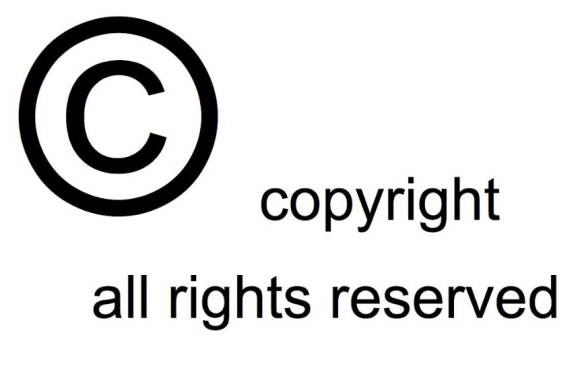 It is often assumed that sound effects are always in the public domain, meaning that no copyright applies, because they don’t contain another copyrighted work. However, since sound recordings give rise to their own copyright, the subject matter of a recording is irrelevant; a right exists in the recording itself. Copyright law recognises the skill that goes into collecting and editing these sounds. Audio engineers spend hours working on their recordings, to ensure the highest possible sound quality. It makes sense that their work is recognised with a copyright.

British Library sound recordist, Nigel Bewley’s recording captures the ambience of the old West Ham FC stadium at Upton Park. Since made in the course of his employment, the copyright sits with the British Library.

Under S.16 of the Copyright, Designs and Patents Act, copyright infringement occurs when someone commits a restricted act (such as copying or issuing copies of a work) without the owner’s consent, taking a substantial part of the work from which it is directly or indirectly derived from. But what counts as a ‘substantial’ part of a work?

In the case of Hawkes & Son v Paramount Film Service (1934), the authors of the Colonel Bogey March brought an infringement action against Paramount Film Service for including 20 seconds of the 4-minute song in their newsreel. The court concluded that the length of the segment should not be the only factor when determining whether a ‘substantial’ part of the song had been included. In one Judge’s words, since ‘anyone hearing it would know that it was the march, it is clearly a substantial, a vital, and an essential part which is being reproduced.’ For this reason, both the quantitative and qualitative merits of a segment from a copyrighted work must be considered before it is shared online.

The ‘substantial’ part of Colonel Bogey, considered in the case. The song entered the public domain in 2015, 70 years after the death of the composer F. J. Rickets, as is the copyright duration for musical works. This means the song is now free to use, edit, adapt and reproduce.

However, there are a handful of defences, known as exceptions, which serve to justify certain uses of copyrighted material. When promoting our copyrighted recordings online for UOSH, we often rely on the Fair Dealing exception of Criticism, Review, Quotation and News Reporting. This defence allows people to take quotations from copyrighted material for the purpose of review or otherwise, provided the extract is no longer than necessary. The leading case for this defence is Hubbard v Vosper (1971) in which the Church of Scientology brought an action against Cyril Vosper, for publishing a book criticising Scientology. Vosper’s book borrowed heavily from the writings of L. Ron Hubbard, the founder of the Church. However, it was held in this instance that since the extracts needed to be included for Vosper to make his criticisms and comments, the fair dealing exception could apply.

During the case, one Judge commented on the subjective nature of the fair dealing test, arguing ‘it is impossible to define what is “fair dealing”, it must be a question of degree’. Although the case set out many of the factors that help determine fair dealing, such as the purpose, amount and use of the reproduced work, UK law on fair dealing requires that the UOSH team assess releasing recordings under this fair dealing exception on a case-by-case basis.

Don't be afraid to be in love with me

You know I never do anything to hurt you, baby

Don't pull away from this good love with me

You're gonna have the time of your life if you let it, baby

I've been so understanding...

An extract from Dr Meaker’s song ‘Freed’, from our Glastonbury Festival New Bands Competition collection. Since this work is copyrighted, we have relied on the Fair Dealing exception to include a segment here. ©Dr Meaker

Copyright law is constantly evolving to best strike a balance between the rights and interests of the authors and those of the users. Having looked at some of the case law, and the precedent they set, we can better understand the laws and protocols we have in place to respect the rights that artists have over their work. Since it was made in the course of my employment, all literary rights in this article reserved to ©British Library!

The contents of this article should not be construed as legal advice and we disclaim any liability in relation to its use.

Posted by Nina Webb-Bourne at 9:00 AM