Recording of the week: 'It is a great thing nettle beer'

One thing I love about the sound archive is that by listening I discover things that I wasn’t looking for. This recording on nettle beer comes from a particularly rich source of diverting information. The Leeds Archive of Vernacular Culture contains hundreds of recordings made by linguists researching accents and dialects. These conversations capture all sorts of incidental stories about the interviewee’s childhood, education, work and family life. In this clip Olive Metcalf talks about making her own nettle beer. She was interviewed by Patricia M. Morris in 1981 in the Kirkstall area of Leeds, West Yorkshire.

Stinging nettles grow in abundance across Britain and the young leaves have long been eaten as an early spring tonic. I can understand why some nettle recipes have fallen out of fashion but nettle beer is genuinely tasty. It is reminiscent of ginger beer and indeed some recipes include ginger. 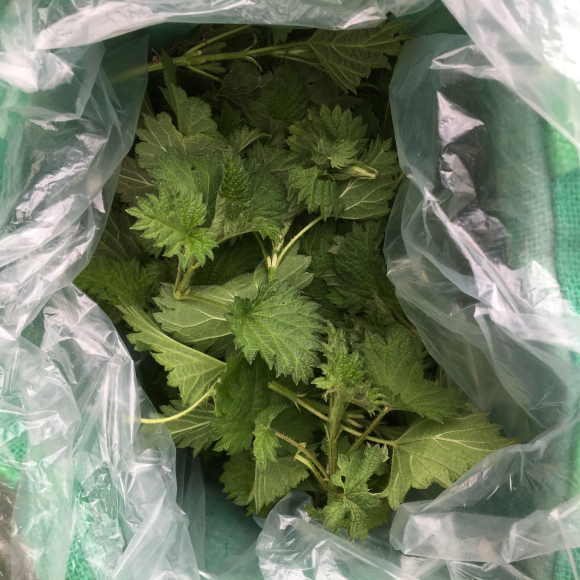 Thick gloves are essential to avoid getting stung when collecting the nettles but that is the trickiest part. Once you have a bagful of young nettle tops making the beer is straightforward and there are plenty of instructions online. The basic recipe requires the nettles to be cleaned then boiled for 15 minutes. The nettles go a beautiful green and the water a rather sinister inky colour. The sugar is dissolved into the strained liquid. When it is lukewarm the yeast is added and the mixture left for a few days. It can be drunk within 24 hours or left for a week. 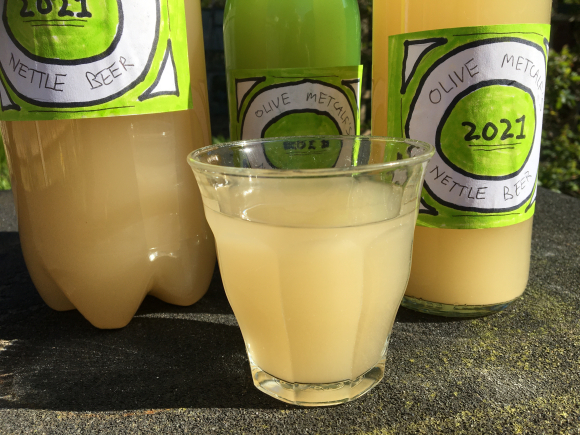