Recording of the week: On architecture and identity

In these extracts from an oral history interview, architect Edward Jones talks about his approach to architecture, and what it means to build houses in both London and the rest of England. The interview was recorded in 2012 by the National Life Stories and is part of the Architect’s Lives collection.

Architecture is the living culture of a city life. We relate to the shapes of buildings and public spaces while we walk along the streets.

In trying to explain the gap between the design of buildings in the post-war period and the desires of people who would live in them, Edward reflects on a professional attitude that led to urban spaces being represented as miserable, inspiring a sort of urban blues.

A feeling of vulnerability from unsupervised spaces also arises from within the city’s voids: what is the relationship, or the lack of relationship with those spaces?

Jones often gets asked what the best type of dwelling for the city would be, but in this interview, he shows how different urban histories led to different types of housing.

England has a very different architectural tradition to the Continent. Historically, England never experienced major land invasions so there wasn’t a need for walls or for intervening areas between the door and the street. London, Jones continues, never needed any defensive walls. Thus, the house-type building was the predominant housing solution that worked for England and flats only become more widely used in the 19th century. 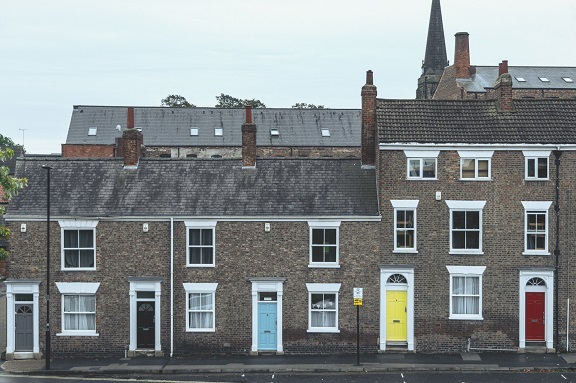 Photo by Gonzalo Facello on Unsplash

In contrast, continental Europe adopted apartment blocks to house life in the cities. Paris or Brussels are architectural conglomerates with different levels of defence. Likewise, Glasgow has the same architectural structure. But not England.

Architecture as a reflection of a cliché: housing solutions become a representation of the ideal of a good life. Thus, the design of houses becomes part of the tradition, it reveals the relationship between spaces and the people who inhabit them.

Not only do houses create an identity, but cultural norms also play an important role in defining the geometry of cities across the country.

The celebration of private life in English culture is reflected in the strong residential character of London. The uniqueness of many of the green spaces in the city illustrates English cultural affection for the countryside. New York City doesn’t have that green character, Jones continues, but he still might prefer that urban arrangement as an experience of city life (although he admits he is probably an outsider to this).

Some distance is needed to observe the peculiarity of a city. Edward Jones reminds us that 'it might take the eyes of a foreigner to kind of see it'.