Recording of the week: Anthony Daniels talks about C3PO and Star Wars

Tomorrow (May 4) is Star Wars Day, and what better way to celebrate than with a recording from the Unlocking Our Sound Heritage project?

Shortly after the first Star Wars film Episode IV – A New Hope was released in 1977, some of the cast members were recorded speaking about their roles in the film for BBC Radio London. Audio recordings featuring actors Carrie Fisher, Mark Hamill, Alec Guinness and Anthony Daniels are now part of the Mike Sparrow Collection (C1248), one of the British Library’s radio collections, which has been recently digitized and made accessible as part of the Unlocking Our Sound Heritage project.

Mike Sparrow (1948 – 2005) was a producer and presenter for BBC Radio London (U.K.) and his collection includes a range of recordings from his time working there, including music, interviews and topical shows. 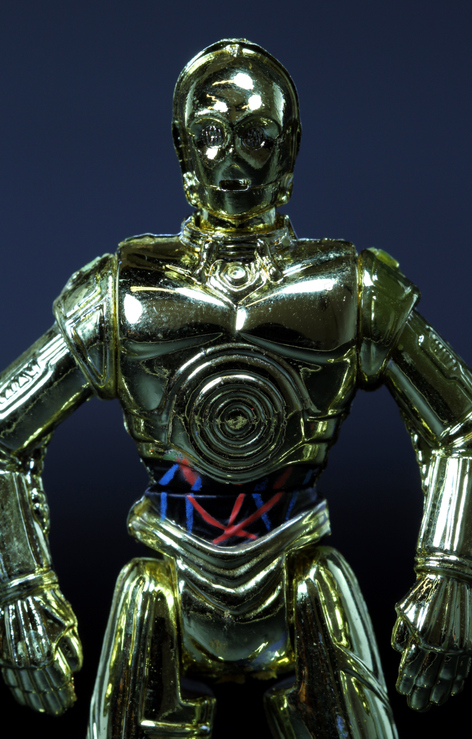 The recording in this blog post features actor Anthony Daniels (who played C3PO in the Star Wars films) talking about his famous character. Based on the information available, this interview was probably recorded either in late 1977 or 1978. In the recording, Anthony Daniels discusses his unique interpretation of the character, which differed considerably from what George Lucas (creator and director of the Star Wars films) originally had in mind. He also talks about how difficult it was to convey emotions while wearing a gold plated fibreglass suit, and about receiving fan mail addressed to C3PO!

It would not have been possible to share this recording within the kind permission of Anthony Daniels, the executor of Mike Sparrow’s estate and the BBC.

For Star Wars fans there are plenty of relevant resources in British Library collections including books, films and even musical scores, all of which can be searched for on the Library's main catalogues.