Recording of the Week: ‘We showed them that we could do it as good as them’ 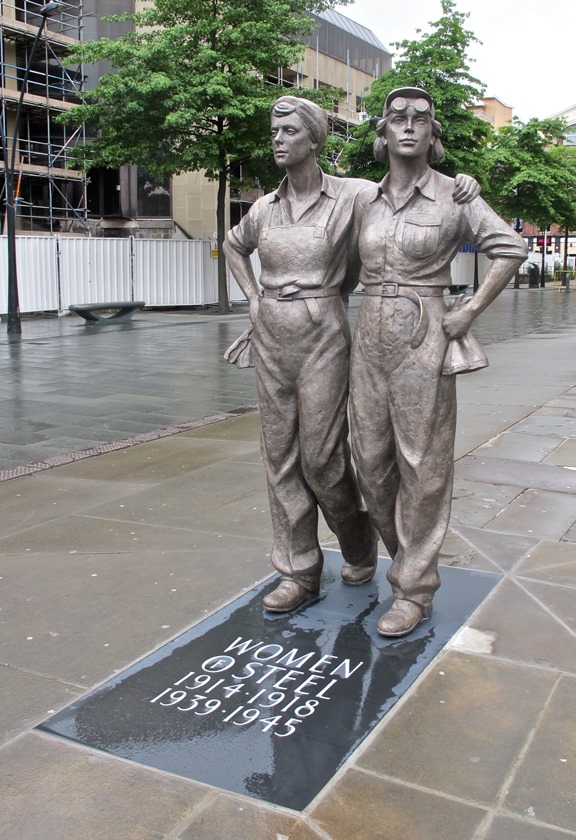 Women of Steel (2017), Barker's Pool, Sheffield. Women of Steel is a bronze sculpture that commemorates the women of Sheffield who worked in the city's steel industry during the First World War and Second World War. A work of the sculptor Martin Jennings, it was unveiled in June 2016. Image credit: Artaxerxes100, CC BY-SA 4.0 <https://creativecommons.org/licenses/by-sa/4.0>, via Wikimedia Commons

With many men conscripted and away from home during the Second World War, women were for the first time recruited to work in the steel works of northern England.

Born in 1921, Edna McDonald talks about starting work aged twenty at the Workington steelworks in Cumbria, arriving on her first day wearing her best jumper and polished clogs. The Workington steelworks was mainly making shell casings during the war though the area was better known for making railway tracks. The last Mossbay works closed in 2006 after 129 years.

This is a short extract from an oral history interview recorded by Alan Dein for National Life Stories’ ‘Lives in Steel’ project (ref C532/041).