I have been listening to Carol Ann Duffy reading her poem ‘Mrs Midas’ at an English PEN event held in London in 1994.

King Midas is known in Greek mythology for his ability to turn everything he touches into gold. Carol Ann Duffy’s poem is set in modern times and is written from the perspective of the King’s wife, Mrs Midas. The story starts with a perplexed Mrs Midas at their home where there is something odd going on with the King. Through a sequence of incidents at dinner time the King makes a confession. On seeing the food and homeware turned into gold Mrs Midas recounts:

Listen to the recording to find out what happens next.

‘Mrs Midas’ is part of Duffy’s collection The World’s Wife, published by Picador and Anvil Press Poetry in 1999. Each poem engages with a mythological or historical male figure. The poems are always written from a female perspective and in monologue form. Several of these women are spouses. The collection provides a revised outlook on familiar narratives but all of them place women centre stage.

There are five years between Duffy’s reading at PEN and the publication of The World’s Wife, yet the poem did not change. There are four other poems from this collection in the recording, ‘Mrs Tiresias’, ‘Mrs Aesop’, ‘Queen Kong’ and ‘Mrs Darwin’.

The English PEN collection consists of literary talks and readings hosted and recorded by PEN between 1953 and 2006. It also includes the International Writers Day events, recorded by the British Library. Most of the events took place either in London or different parts of the UK.

This collection has been preserved by the Library’s Unlocking Our Sound Heritage Project. It includes a total of 1184 recordings from over 400 tapes, which are now accessible in the Library’s Reading Rooms. In due course, from early 2021, you will be able to listen to up to 325 English PEN recordings online.

Since I am still working from home in London, I have included this picture of King Midas from a children’s book my mother gave me as a child growing up in Spain. This was my first encounter with the King Midas story. The story feels more complete now with the addition of Mrs Midas’ views. 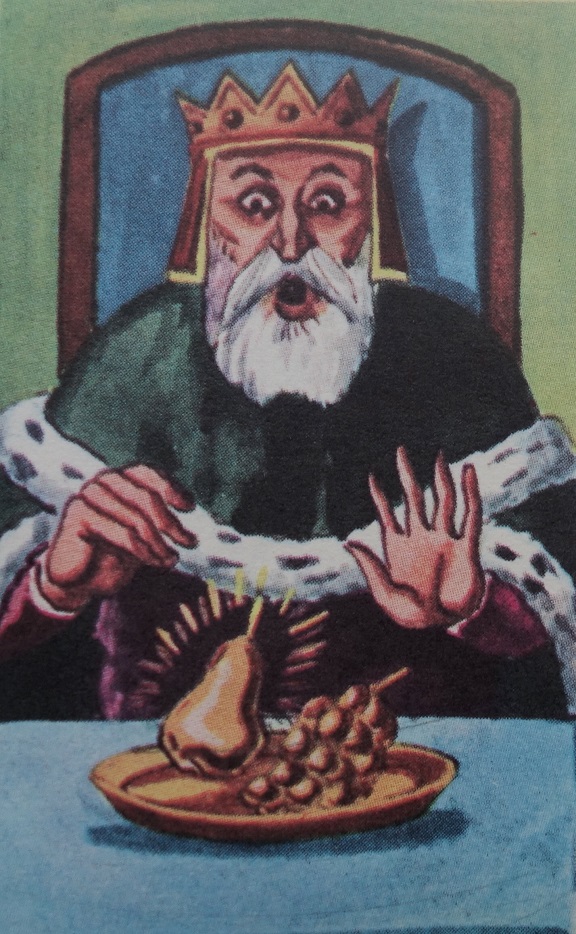 English PEN is celebrating its 100th anniversary this year (1921-2021). To mark this important occasion they are running Common Currency, a year-long programme of events, residencies and workshops, which includes a three-day festival at the Southbank Centre, London, 24-26 September 2021.

To tie in with PEN’s centenary I will be featuring more recordings from the collection in the coming months.