Walk in their footsteps: Windrush Voices, a new digital education programme at the British Library

I still remember it like it was yesterday. The 2012 Olympic Opening Ceremony. The level of excitement about us as the host nation was at a fever pitch. There was a lot of talk around Danny Boyle’s plans for an very epic opening ceremony and what an amazing performance it was. There was one particular moment that has stayed with me the most in my memories of that event.

At the center of the multi-media stage was a recreation of the industrial revolution. Circling the stage were different moving milestones of British history to be proud of. Amongst this comes a large prop of a boat, smoke billowing from its engines and a gathered group of black men and women striding forward:

And others would come from other lands. In particular from the West Indies

These words were said by a BBC commenter as we watched in awe. It felt incredibly significant to include a generation who answered the call of the ‘mother country’‘ in Britain’s hour of need. My grandparents were part of that generation. Travelling from Barbados and Jamaica to Britain during the 1960s. However I found their stories were rarely taught or spoken about in school when I was a student. As a Learning Facilitator and co-ordinator of the Windrush Voices educational programme, I do feel a sense of pride in providing a very unique opportunity for their stories to be heard by a new generation of students.

On Windrush Day as we celebrate the efforts of this generation in our society, the Windrush Voices team will host a special online event perfect for secondary and sixth form history teachers.

Windrush Voices is a digital education programme based on the themes of the exhibition ‘Songs in A Strange Land’ which featured at The British Library in 2018. With the use of oral history, learners are able to analyse and dissect the lived experiences of the Windrush Generation. The event is designed to support and inspire teachers to use the ‘Windrush Voices’ resource in schools with 15-18 year old's. Places are still available to book.

Using stories from the Library’s oral history enables you to share people’s personal stories as they witnessed them. Not only do we hear them in their words but we are able to gain an understanding of what impact this moment has had on them today. With the use of oral history, learners are able to analyse and dissect the lived experiences of the Windrush Generation, perspectives that they may never before have considered.

Our programme breaks down into three areas, so we can focus on the Windrush Generation and the second generation’s lived experiences in regards to childhood, work and activism. By encouraging in-depth listening, we then post these questions to the students:

As learners are encouraged to dissect personal accounts, there is also space to further understand how oral history is produced and may inspire them to talk more to members of their own families and communities. 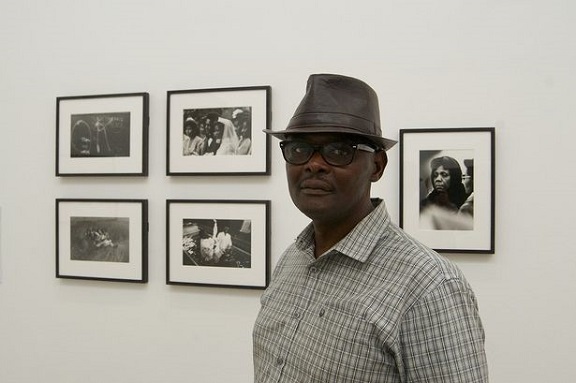 Vanley Burke was born in 1951 in Jamaica and came to Britain in 1965 at age of 14. He is considered to be the godfather of black British photography. In his oral history recording about his career as a photographer, he gave a window into what he was going to school in Britain as a child.

In this very short account we discover there is quite a lot for us to unpack. Burke’s words paint a very clear picture of a lawless rough environment where he did not feel safe. By noting the silence, the laughter and his choice of words we are able to gain far more than if we simply read Burke’s account. Alongside the bad experience of racism and prejudice, we are able to see the resolve many within the Windrush Generation took to make a real systemic change in UK society. Sonia McIntosh began working as a civil servant at Parliament. To combat the fact that not enough black people were ascending to higher positions or work in parliament, she and her colleagues formed a group to encourage black people in the workplace.

Sonia McIntosh was one of many traversing uncharted waters to make lasting change for the generations to come.

The lasting impact of the Windrush scandal is also reflected in our final portion of our resources. With the context of the past, learners & educators can see a full picture as to why this betrayal cuts in incredibly deeply for the Windrush Generation. We are hopeful that learning the stories of their personal lived experiences can have a positive impact on future chapters of Windrush Generation’s story.

The Windrush Generation came to Britain at a crucial time. Their efforts have been woven into the fabric of what makes Britain great. It has been an honour and privilege for the team and I to provide a platform for their incredible stories to be heard. We greatly look forward to this event on 22 June, and hope that teachers and students are inspired to use Windrush Stories in the classroom.

Posted by Charlie Morgan at 9:39 AM