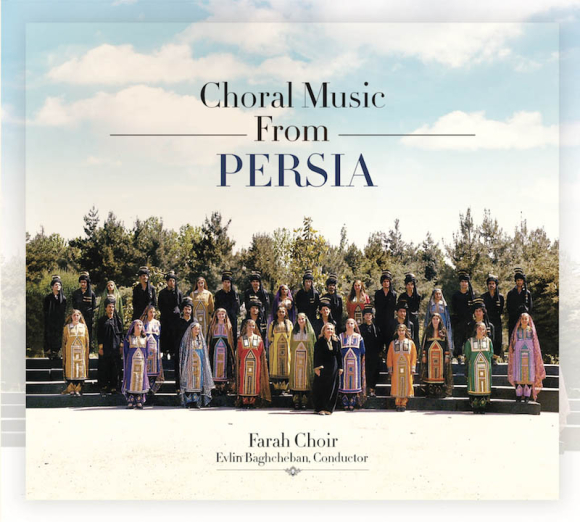 In 1973, the Empress of Persia, Farah Pahlavi, commissioned the choral conductor Evlin Baghcheban to establish a conservatory of music for orphaned children. In this school, Baghcheban organised a choral group called the Farah Choir. The group gave regular concerts throughout the country and in the autumn of 1978 went to Austria to record their debut album. A number of fascinating Persian folk songs were recorded in Vienna, with a plan to release them in Tehran. However, the victory of the Islamic Revolution disrupted all plans, the choir was dissolved, and its conductor went into exile.

The master tapes of the 1978 recording session remained silent at Baghcheban's house for decades. The name of the choral group 'Farah' was a reference to the name of the former queen of Persia, so releasing an album under her name was out of question in post-revolutionary Iran. However, shortly after the death of Baghcheban the tapes were transferred to Holland, where they were restored and released by the Persian Dutch Network.

This recording has a key historical value for Persian choral music. It features the first attempt, by Ruben Gregorian (1915-1991), to arrange Persian folk songs for a Western-style choir. Gregorian published the scores of his arrangements in Tehran in 1948, but recordings of his work were not previously available internationally. In his arrangements, he tried to be as faithful as possible to the original melodies, with no intention of changing or developing any part. The rest of the songs in the Farah Choir's recording were arranged by one of the next generation of Persian composers, Samin Baghcheban (1925-2008), husband of Evlin. His style is very different, showing more interest in the use of folk melodies as a starting idea, then developed using various compositional methods. He uses imitation and drone in his arrangements as well.

The British magazine Songlines has featured a four-star review for the recording and Empress Farah has expressed delight that the 1978 recording has been preserved and become available after four decades. The album "Choral Music from Persia" plays a crucial role to raise public awareness of a little known genre in music.

Posted by Jonathan Summers at 9:40 AM