Recording of the week: Mrs Meurig Morris in a trance address 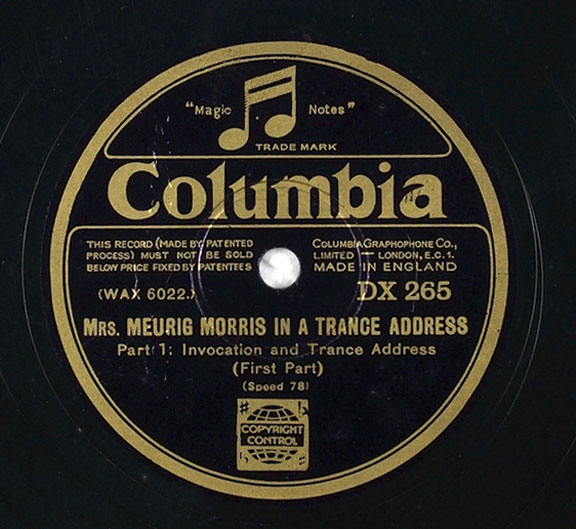 In this week’s ‘Recording of the Week’ we feature the stentorian tones of Louisa Ann Meurig Morris (1899-1991), who was well-known as a spiritualist and medium in the 1930s.

In January 1931, she featured in the first ever filmed séance in the history of moving pictures, in the company of Lady Conan Doyle.

This recording for the Columbia label, which is different from the soundtrack of the Movietone film, was made a few weeks later, on 20 March 1931.

Here we present sides one and two in their entirety.