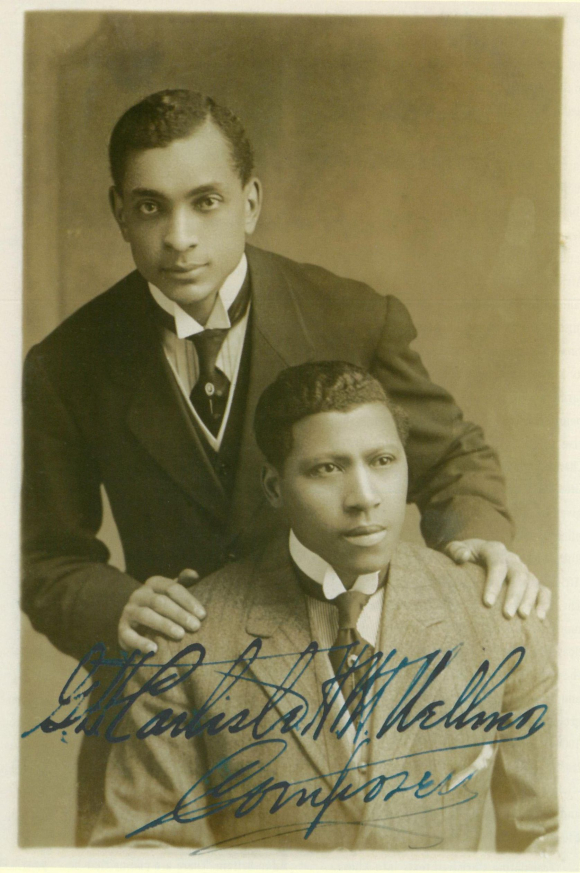 For Black History Month this year, I was delighted to find early recordings of two African American musicians made in London.  The piano duo team of Carlisle and Wellmon made recordings for Columbia over one hundred years ago in November 1912.

Born in North Carolina in 1883, Harry Wellmon was already established in London as a song composer while still in his early twenties in 1906.  He had previously worked at the Harlem River Casino in New York City but, as with many African American performers, found far more job opportunities in Britain and Europe.  In London, from his premises at 47 Oxford Street he wrote songs for famous music hall stars of the day including Victoria Monks. 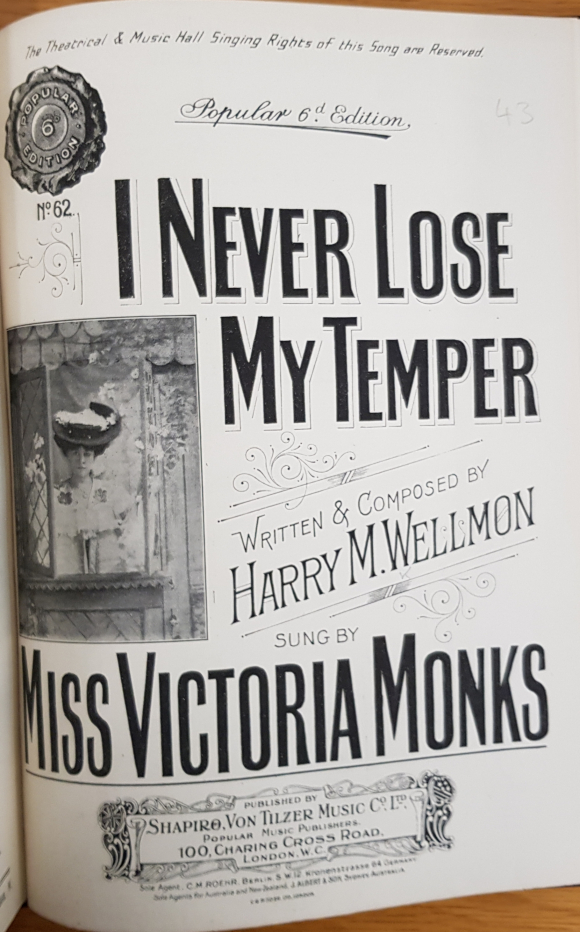 Wellmon returned to the United States in 1909 for a year but was back in England where a son was born on the south coast in Southsea in November 1911 the mother being Lilian Riley, a confectioner’s assistant.  He formed the piano duo Carlisle and Wellmon around 1910 and must have been popular as they recorded for Columbia in November 1912.  However, Wellmon had many pursuits, primarily as a composer and music publisher, and the duo made their last appearance at the Lewisham Hippodrome in December 1915 while Wellmon continued as a solo performer the following week.  In the early 1920s he appeared in Paris, Vienna, Budapest, Prague, Bratislava and Zagreb, Bombay, the Netherlands and South America.  He appears to have returned to the United States in 1935.

George Horace Carlisle was born in Minnesota, also in 1883, and had previously toured Britain with another performer as Carlisle and Baker.  It is claimed that he was a pupil of the great piano teacher Theodore Leschetizky (1830-1915) in Vienna - whose pupils include Paderewski and Ignaz Friedman - but Carlisle's name does not appear in Leschetizky’s personal lists of pupils or his diaries.

Leschetizky did have a few African American students.  One was Raymond Augustus Lawson (1875-1959) who was educated at Fisk University in Nashville, Tennessee from where he graduated with a bachelor’s degree.  He then studied at the Hartford Conservatory of Music graduating in 1900.  Whilst in Germany he met Ossip Gabrilowitsch (Leschetizky pupil and son in law of Mark Twain) who in the summer of 1911 introduced Lawson to Leschetizky.  After playing for the great master, Leschetizky declared, ‘I know that Americans are great technicians, but Mr Lawson is a poet.’  As was often the way, Leschetizky heard a pianist once, then passed them to one of his assistants for instruction, and this may have happened to George Carlisle.  He seems to have stayed in England and died during a piano audition at the Royal Oak Hotel in Ramsgate in 1963, an obituary claiming he was born in Bermuda and in his sixties: he was actually 80 years of age.

Carlisle and Wellmon made six sides for Columbia in 1912, all of their own compositions, most of which were published between 1910 and 1913.  Four are of their own songs – 'Kiss me Right', 'Go ‘Way Meddlesome Moon', 'A Prescription for Love' and 'Why Do You Wait for Tomorrow?' 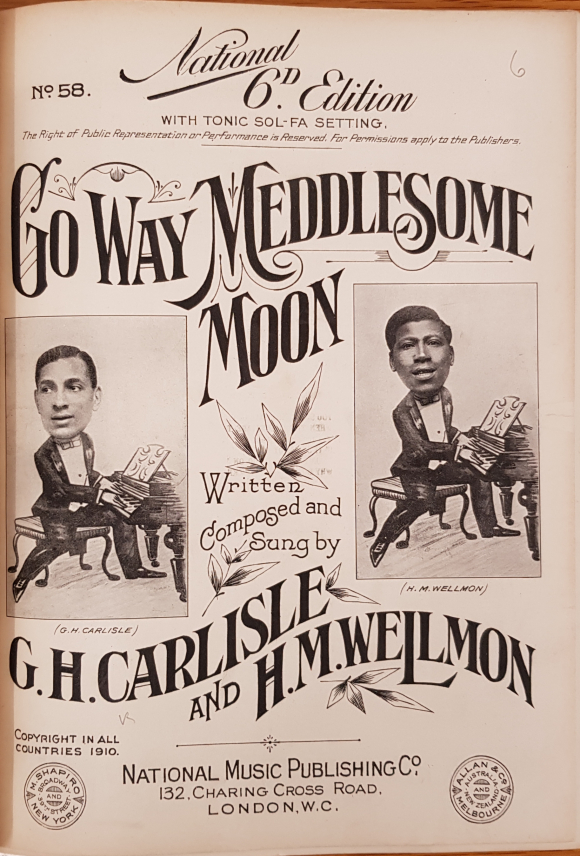 The remaining two sides are piano only - Chip-Chip Two Step and March, and an arrangement of the Sextette from Lucia di Lammermoor by Donizetti – ‘in Ragtime.’  This disc was issued as Columbia 2054 in 1912 but re-issued on their cheaper Regal label in February 1914 and remained in the catalogue until August 1918.

The performance is only in ragtime for the last half of the recording.  The first part is in ‘classical’ style and the switch to ragtime is not such a jolt as one might expect due to the fact that it is played in a strict ragtime style – not too fast, with a firm and controlled rhythm.  With the ragtime revival of the 1970s we learnt that Scott Joplin did not want his rags played fast and directed the player so at the beginning of his scores.  Few solo piano disc recordings of ragtime survive from the era and a recording of Joplin's Maple Leaf Rag played by the United States Marine Band from 1909 is taken at a swift tempo.  Carlisle and Wellmon’s performance has elements of Joplin's direction and even though played at a crowd-pleasing tempo with dazzling contrary motion chromatic scales, there are underlying elements of the strict ragtime style from ten years before.

Thanks to James Methuen Campbell for the Leschetizky information.

Posted by Jonathan Summers at 11:56 AM