The Pinnacle Club: 100 years of women climbing and mountaineering 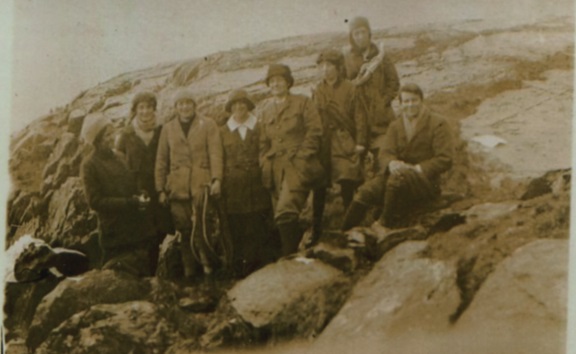 The Pinnacle Club is a national women’s climbing club founded 100 years ago, the inspiration of Emily (Pat) Kelly. Forty-three women supported its initiation, many of whom came together on 26 March 1921 at the Pen y Gwryd Hotel in North Wales to establish the Club ethos as follows: ‘The objectives of the Club are to foster the independent development of rock climbing amongst women, and to bring together those who are interested in these pursuits by organising Meets [sic] and other such means of communications as may from time to time be deemed advisable.’ (PC Handbook 1921 p2.) In 1989 the objectives were extended to include mountaineering.

Soon after its formation, and in keeping with its Welsh origins, the Club acquired Cwm Dyli, an old cottage in the heart of Snowdonia. Usually referred to as ‘the Hut', this was rapidly converted to accommodate groups and became the ‘home’ of the Club. In the 1980s the Club was able to buy the hut and then invested in modernising it. 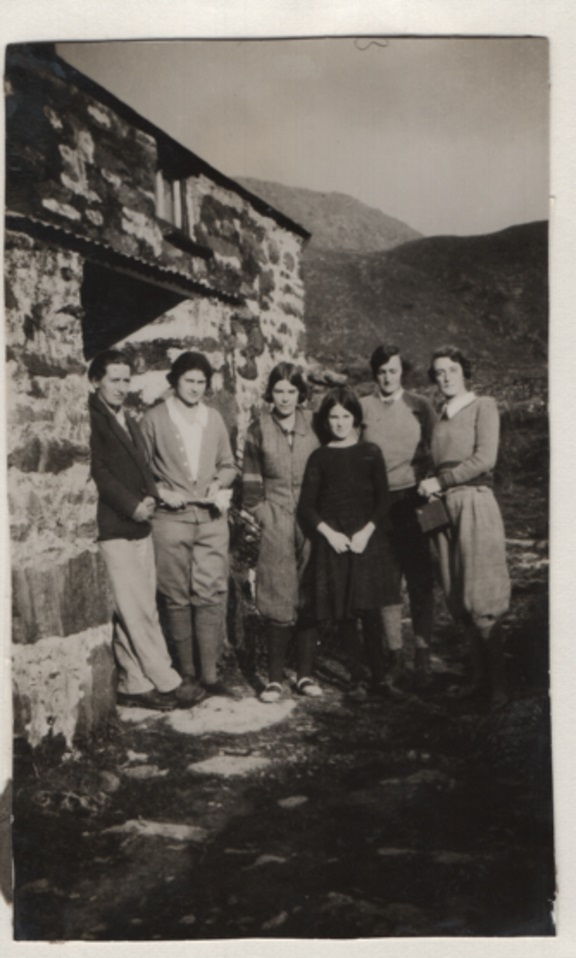 To commemorate its centenary year, and with support from the National Lottery Heritage Fund, the Pinnacle Club has recorded oral history interviews with 24 past and present members. These have all now been archived at the British Library and can be found by searching C1876 at the Sound and Moving Image Catalogue. The club has also digitised over 1500 images and several films related to its history, and extracts from these can be seen on the Pinnacle Club Centenary Website.

The oral histories were recorded over a period of eight months in 2020 between Covid-19 lockdowns. The recordings were conducted by seven members of the Pinnacle Club; in gardens, in well-ventilated rooms and, when face-to-face was not possible, remotely using Squadcast.

Participants include women who were among the climbing pioneers of the 1950s, 60s and 70s, as well as younger women who are active today. Their ages range from 96 (Gwen Moffat, C1876/23) to 26 (Milena von und zur Muhlen, C1876/04). The wider membership of the club was asked to suggest suitable women for inclusion in the project. As a result, the participants came from England, Scotland, Wales and Europe, from a variety of social backgrounds and with a wide range of experiences and mountaineering achievements. Together their stories illustrate the place of women in the outdoors and in so doing help redress the balance of a male narrative in the history of climbing.

The interviewers themselves, some of whom were also interviewees, although inexperienced in the processes of recording oral histories, were quickly committed to the task and felt privileged and honoured to be witness to the extraordinary stories they heard. Despite the challenges of the technical demands of equipment and technique, they were left with a real admiration for the women they interviewed and a strong belief that these stories deserve to be shared with a much wider audience.

When the Pinnacle Club was founded, climbing clubs of the day were mainly single sex. The first mountaineering club for women, The Ladies' Alpine Club was founded in London in 1907 and it merged with the Alpine Club in 1975. Only the Pinnacle Club and the Ladies Scottish Climbing Club, founded in 1908, remain women only clubs in the UK. In the early 1900s joining one of these clubs was the only way in which women could find like-minded female climbing partners and climb unhindered by the stereotypes of the day. Even in the 1940s and 50s, when the oldest of our interviewees started their climbing career, opportunities for, and expectations of, women were restricted. Many spoke in their oral histories of being frustrated by the limitations of girls’ education at the time, and low expectations of women’s athletic performance. Alongside higher education, travel and outdoor activity were seen to offer greater independence. Climbing was a very male dominated activity, but clubs like the Pinnacle Club allowed women to take on leadership roles.

A recurring theme throughout the oral history interviews is this experience of climbing with other women. Many members found this to be empowering and confidence building, and spoke about being encouraged and supported to climb at standards above and beyond their expectations. This seems particularly evident on international meets. It is no surprise that this led to the development of close bonds through shared, often life risking, experiences. The commitment, tolerance and trust required to be part of an effective climbing partnership can be a solid basis for friendship.

Although in the minority among the climbing community and in many cases their presence overlooked, women have contributed significant achievements in mountaineering and rock climbing around the world. A number of these achievements are recorded in the Pinnacle Club Journals (1924 – present), and they are now further documented in the oral history recordings.

Dorothy Pilley, a founding member of the Pinnacle Club and an outstanding climber of her time, said in her book Climbing Days that the formation of the club was 'a long conspiracy prompted by the feeling many of us shared, that a rock climbing club for women by women would give us a better chance of climbing independently of men, both as to leadership and general mountaineering.' For 100 years the Pinnacle Club has continued to thrive with these same objectives and now this history is preserved at the British Library. The oral histories provide an insight into the history of the Pinnacle Club, into the role of women in the development of climbing and mountaineering and into the ongoing need for a women-only space where climbers can gain the confidence and independence to continue the Club’s proud traditions.

The oral history collection 'The Pinnacle Club: 100 years of women climbing and mountaineering' can be found by searching C1876 at the Sound and Moving Image Catalogue