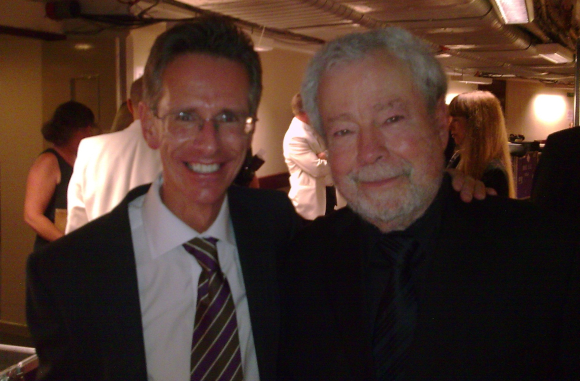 When Brazilian Nelson Freire died last month at the age of seventy-seven, the world lost one of its greatest pianists.

A naturally talented child whose playing was already formed by the age of seven, Freire then studied with Nise Obino and Lucia Branco until the age of fourteen.  He later claimed that he owed everything to them – ‘There was no question for them of separating work on tone from finger practice, or music from technique.  In fact, they founded their teaching on tone.  Never force it, never produce a sound that is not harmonious.’  At fourteen he went to Vienna to study with Bruno Seidlhofer and by this time already had in his repertoire fourteen piano concertos and numerous solo works.  It was not a particularly happy time for the teenage Freire and he mainly attended concerts and listened to records and in doing so, discovered recordings of great pianists of the past including Sergei Rachmaninoff, Alfred Cortot and Wilhelm Backhaus.  ‘I listened to records more than I worked.’

Freire was also influenced by his friend, the Brazilian pianist Guiomar Novaes (1895-1979).  Earlier this year I was reading 'My Adventures in the Golden Age of Music' by Henry Finck published in 1926 in which there is a section on Novaes which I sent to Nelson.  He was delighted to read such a glowing contemporary account of her.

Rather than give examples from his commercial recordings to illustrate his art, I have decided to use broadcast recordings that are less well-known.  For a pianist of his standing it was extraordinary that Freire did not play at the Proms until 2005 when he was already over sixty.  He obliged with a magisterial performance of the Piano Concerto No. 2 by Brahms, a work that puts incredible demands on the stamina of the pianist.  Freire’s performance, as always, was effortless.  He was a pianist who knew about the importance of muscular relaxation at the keyboard and the conservation of strength.  One only has to watch any of the videos on YouTube to see this, particularly his exemplary performance of the Liszt Piano Sonata from the University of Maryland in 1982.  Here are two short extracts of the Brahms performance with the BBC Scottish Symphony Orchestra and Ilan Volkov.

One of the most memorable concerts I have attended was at the Barbican Hall in February 2009 when Freire played Chopin’s Piano Concerto No. 2 in F minor with the BBC Symphony Orchestra and Lionel Bringuier.  Conductor and orchestra gave a thrilling account of the rarely heard ‘La Tragédie de Salomé’ by Florent Schmitt but the highlight was Freire’s performance of the Chopin Concerto.  The pianist enters after a long orchestral tutti with an attack on a unison D flat in both hands.  Accented and marked fortissimo by the composer, it can often sound hard and unpleasant, but Freire played it as I had never heard it before with a chordal upward sweep incorporating the notes of the following downward flourish.  When I later asked him how he got the idea to do this he looked at me with a smile and said ‘Novaes’.  Indeed, on her studio recording with the Vienna Symphony Orchestra and Otto Klemperer Novaes plays the octave D flat with one hand, supported by a chord in the left.

As a young man Freire recorded for Columbia/CBS but fortunately, Decca Classics signed him to their label in October 2001 and he recorded both Brahms Concertos and the Chopin F minor Concerto plus many solo discs of Chopin, Liszt, Beethoven, Debussy, Brahms, Bach, Schumann and one of Brazilian music.  He did not record the work for piano and orchestra by Villa-Lobos titled ‘Momoprécoce’, a 1929 orchestration of solo piano pieces from the early 1920s, but he did play it at his last appearance at the Proms in 2012 with the São Paulo Symphony Orchestra and Marin Alsop.

It was at the Barbican Hall on 8th December 2006 that he played the Piano Concerto No. 4 of Beethoven with the BBC Symphony Orchestra and Manfred Honeck.  In this extract from the second movement, the two distinct characters of the orchestra and piano are sharply contrasted where the pianist seems to play with an air of being resigned to his fate.

One surprise I found was Freire in chamber music, and not just regular repertoire, but the rarely heard Piano Quintet in C minor by Alexander Borodin that was not published until 1938.  The BBC asked Freire to record it at their Maida Vale studios with the Prazak Quartet in 1998.

One of the few pianists of the twenty-first century to carry on the traditions of the Golden Age of Pianism, Nelson Freire will be missed by many.  He was a shy and retiring man, a true virtuoso of the keyboard who cajoled his listeners rather than beat them into submission.

The commercial recordings, video and audio broadcasts of Nelson Freire will keep his great artistry before the public for many years to come.

Posted by Jonathan Summers at 2:33 PM