Recording of the week: Graham Stuart Thomas on bringing historic flowers back to life

This week's selection comes from Chloe Lafferty, Remote Volunteer for the Unlocking Our Sound Heritage project.

As autumn slowly unfurls, with colder mornings and falling leaves, it is comforting to think of sunshine and new life. ‘Down to Earth: An Oral History of British Horticulture’ documents the lives and careers of twentieth century gardeners, landscape architects, and other horticultural experts in a series of long life story interviews and was conducted by Louise Brodie between 2001 and 2009, in the UK. Audio recordings of these interviews have recently been digitised as part of the Unlocking Our Sound Heritage Project, and in the following excerpt, horticulturist Graham Stuart Thomas (1909-2003) discusses his life-long interest in historic roses with Louise Brodie. The interview took place in 2001.

Graham Stuart Thomas began collecting roses early in his career as a nurseryman, motivated ‘to bring forth these lovely things from retirement’. Many of these varieties had become rare by the mid 20th century, as they were less commercially viable than modern roses. The culmination of Thomas’ work now forms the 'National Collection of pre-1900 roses', cared for by the National Trust at Mottisfont Abbey in Hampshire, U.K. 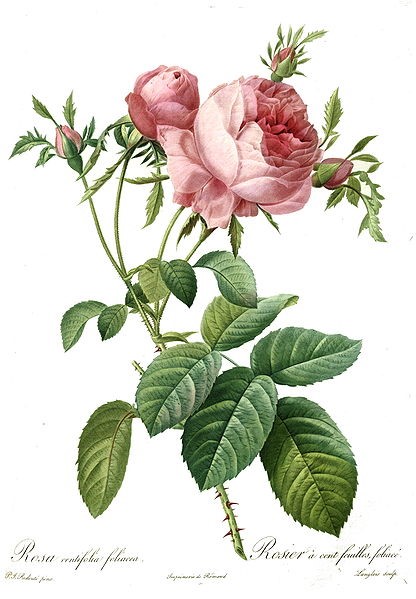 Rosa centifolia foliacea, a painted engraving of a rose by Pierre-Joseph Redouté (1759–1840).

However, this national collection of traditional flowers has some surprising links to revolutionary France.

This 2001 interview with Thomas demonstrates the connections between his own research and the botanical prints of Belgian artist Pierre-Joseph Redouté (1759-1840). Redouté’s prints are as detailed as photographs, but were painted over two hundred years ago, when the artist was patronised by Marie-Antoinette, and subsequently Napoleon’s wife Josephine. As Thomas describes in the following excerpt from his interview, Redouté’s work helped to document the roses growing in Josephine’s garden at Malmaison. He has been termed the ‘Raphael’ of flowers.

In the mid 20th century Redouté’s prints were expensive and largely inaccessible. In order to research traditional rose varieties, Thomas needed to consult old volumes held in library collections; the British Library holds copies of much of Redouté’s work.

Since then, many of these prints have been digitised and are widely available online, which would have saved Thomas significant amounts of time and effort! 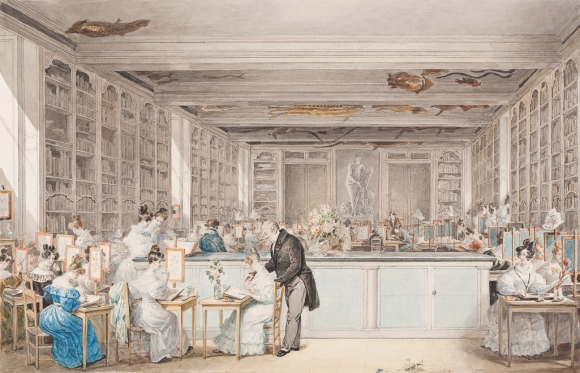 These interviews demonstrate how Redouté’s prints influenced Graham Stuart Thomas’ rose collection, and their legacy survives in a living garden. Although most roses bloom in early summer, some of Thomas’ historic examples make an appearance in autumn, and are still there even though the leaves are beginning to fall.