Recording of the week: The memory of liberation in Holocaust survivor testimonies

Holocaust Memorial Day is marked on the 27th January, the anniversary of the liberation of Auschwitz. The idea of liberation as ‘one day’ in a survivor’s story is a powerful one: when listening to survivors recall their wartime experiences, we often hear them discuss how they thought about ‘one day’ being liberated. Some survivors describe it as a moment they held on for, the hope of which sustained them; others describe it as a moment they felt would never come.

The testimony of Edith Birkin – given in an interview for National Life Stories in 1989 – contains a range of responses to both the idea of liberation and the liberation itself. Edith Birkin (née Hoffmann) was born in Prague in November 1927. She was 12 when the Nazis invaded Czechoslovakia and 14 when she and her family were sent to the Łódź ghetto. She remained there until the ghetto was liquidated in 1944 and she was deported to Auschwitz. In the early part of 1945 she was sent on a death march to Flossenburg, then transported via coal truck to Bergen-Belsen, where she was liberated.

In this edited extract, Edith describes the conditions in which she waited for her liberators to arrive, what she imagined the moment would be like, and how the reality was quite different from what she had pictured.

There are moments of joy in Edith’s recollection. She describes the moment as ‘marvellous’, remembering the first food she ate – tinned macaroni – as ‘heaven’, and explaining how she shares that same food with her family every year to personally commemorate the moment. Yet what she and her fellow inmates had imagined would be a euphoric moment filled with dancing, singing and kissing was dampened by their severe ill health. The inmates were too weak to celebrate. The food the liberators brought them saved some and killed others. They were free but not safe.

Decades after the event, we often assume that liberation was ultimately a joyous event for survivors. The war was over, they were alive, they were no longer incarcerated and were able to return home. The word ‘liberation’ itself elicits ideas of liberty and salvation, which is consistent with the popular notion of liberation marking the break between incarceration and independence, between suffering and relief, between certain death and the opportunity to live. Edith’s testimony complicates this narrative, showing us that the moment of liberation was emotionally complex and that it did not necessarily mark the end of suffering.

In this edited extract she describes returning to Prague after the war, just 17 years old at the time.

The most striking part of Edith’s description of this time in her life is her declaration that this, for her, was ‘the worst time of the war’. Contrary to what one might expect – contrary even to her initial response to being liberated – the reality of liberation was often far from ‘marvellous’. Edith recalls the loneliness of being the sole survivor of her family; the discovery that friends and neighbours who had promised to protect property had in fact stolen it for themselves; and the helplessness of not knowing where to turn. Perhaps her most crushing realisation was that the hope that had sustained her in the concentration camps – that she would find surviving family members and be reunited with her friends one day – was gone. For survivors, the dawning realisation that life would truly never be the same again was a trauma all of its own.

Oral history provides a unique opportunity for us to understand and engage with the ways in which people remember the past. Liberation was one day in Edith Birkin’s life, but its significance shifted as her situation changed, taking on a whole range of meanings as her story develops: it is simultaneously a dream, a joy, a disappointment, a moment of justice and the precursor to the darkest period of her life. As this example shows, it is through survivor testimony that we can gain a fuller appreciation of the nuances of historical events that can often seem unambiguous.

We should note, however, that exploring the past through testimony – particularly remembering genocide through testimony – can only tell us part of the story. In reflecting on liberation and in listening to survivors describe their memories of liberation, we must remember that for millions of people that one day never came.

On this Holocaust Memorial Day, we remember all those who never saw liberation, as well as those who did. 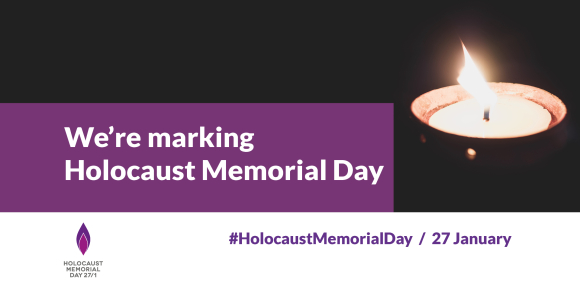 Edith Birkin was interviewed in 1989 by Katherine Thompson for The Living Memory of the Jewish Community. Her full interview is available to listen to online on British Library Sounds.