Voices of British theatre design: Explore the world of theatre behind the scenes

Listen to theatre practitioners speak about their lives and work, their favourite productions, professional networks and the design process from scale model to stage set.

Voices of British theatre design is a new British Library website featuring over 50 audio clips from National Life Stories recordings. Interviewees include set and costume designers, scenic artists, directors and actors. The audio clips are presented within a series of 12 articles written by theatre practitioners. In every article, authors and interviewees draw on their technical knowledge and creative practices to reveal what happens behind the scenes, while weaving in personal reflections on the profession itself.

The website is divided into five themes: costume design, the design process, directors and designers, scale models, and set design. There are vivid descriptions of stage scenery, techniques for model making, the use of 3D design technology, and how to manage what the audience sees (and doesn’t see) from their seat. Contributors to the website also address wider questions on roles and relationships in theatre, and how to get started. What is theatre design education like? How reliable is the job market, and how has this changed over the years? What is it like to interpret a script, collaborate with directors, and engage with actors during costume fittings?

To celebrate the launch we’ve picked three clips highlighting different design elements that are explored on the website: model making, stage scenery, and costume design. Interestingly, in each case the interviewee mentions how their work impacted others involved in the production process. Scroll down to hear extracts from life story recordings with Lis Evans, Jocelyn Herbert, and Billy Meall.

Lis Evans talks about making, painting, and clothing miniature figures for her models 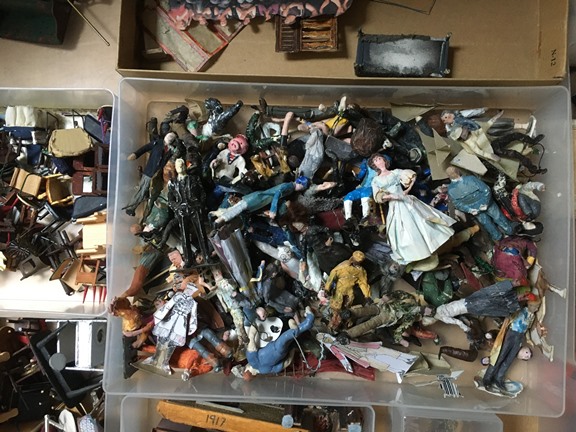 Lis Evans (born 1965) is Head of Design at the New Vic Theatre, Stoke-on-Trent. In this clip she describes how she creates model figures from scratch using a variety of materials. The use of figures is an essential element of both her design process and how she presents the design to others.

The New Vic Theatre is ‘a theatre in the round’, where the stage is completely surrounded by the audience. Evans became Head of Design in 1991 and has designed over 120 productions during her time in this role.

Lis Evans was recorded by National Life Stories for An Oral History of British Theatre Design in sessions between 2006–2007. The interviewer was Elizabeth Wright. A written summary of the full interview can be word searched on the Sound and Moving Image Catalogue. Listen to the full interview on BL Sounds. 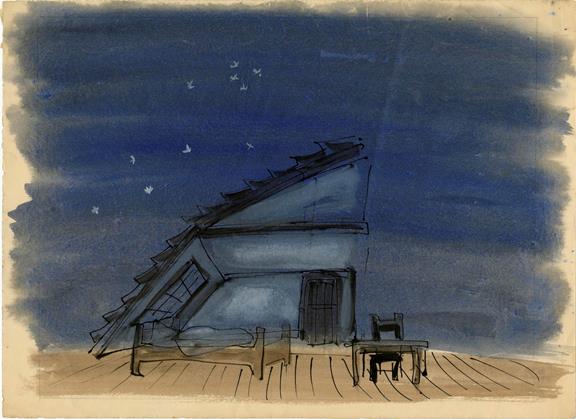 In this clip from her 1992 recording with Cathy Courtney, theatre designer Jocelyn Herbert (1917–2003) sets the scene for the world premiere of Bertolt Brecht’s play Baal. Brecht (1898–1956) was a German playwright and poet. He established the Berliner Ensemble theatre company with actor and director Helene Weigel, his wife, in 1949 in East Berlin.

The play, Baal, was not performed until after Brecht’s death, and the first performance was not even produced by the Berliner Ensemble. It was in fact first staged at the Phoenix Theatre in London, in 1963. Jocelyn Herbert designed the play, and it was directed by Bill Gaskill (William Gaskill, 1930–2016) with actor Peter O’Toole in the title role.

Herbert talks about her preparatory drawings and models – Brecht’s script ‘lit up your imagination’ – and the technical process of designing projections for the stage using 1960s technology. She mentions working with Richard Pilbrow, who was the lighting designer for Baal, and his team to produce and install the projections. Herbert’s drawings for Baal can be seen in her archive at the National Theatre Archive.

Between 1985 and 1993 Jocelyn Herbert was interviewed by Cathy Courtney. The recordings are archived at the British Library and can be accessed on BL Sounds. Written summaries of the recordings can be word searched on the Sound and Moving Image Catalogue. 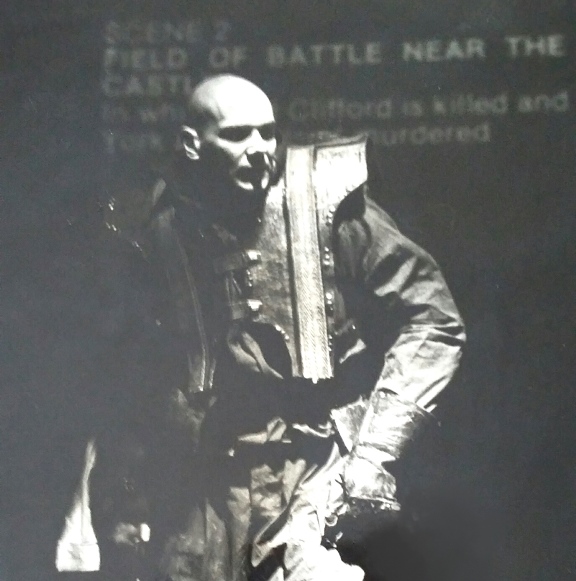 Paul Jesson playing Richard III, wearing a costume made by Billy Meall. The costume featured a pebble in the boot to create a limp, and a glove with sewed up fingers. Projections in the background. Everyman Theatre. Photographer unknown. Courtesy Billy Meall. Image not licensed for reuse.

Theatre designer Billy Meall (born 1947) describes the terrifying costume he created for Shakespeare’s Richard III. The costume featured a shrunken hand, armour with a spiked hump, and a painful boot that caused the actor Paul Jesson to drag his leg around the stage. Paul Jesson (born 1946) is an Associate Artist of the Royal Shakespeare Company.

This audio clip features in the article On actors and costume design, by actor Eric Potts.

Billy Meall was recorded by National Life Stories for An Oral History of British Theatre Design in 2006. The interviewer was Elizabeth Wright. A written summary of the full interview can be word searched on the Sound and Moving Image Catalogue. Listen to the full interview on BL Sounds.

Voices of British theatre design was produced by Cathy Courtney, Camille Johnston, Mary Stewart, and Elizabeth Wright. We would like to thank article authors, interviewees, and image donors, who are fully credited on the 'About the project' page. National Life Stories is very grateful to The Linbury Trust for making this website possible.

Posted by Camille Johnston at 4:48 PM