Recording of the week: Neville Chamberlain and King George VI's broadcasts regarding Britain declaring war on Germany in 1939

The British Library has recently launched its Speaking Out website, an online resource exploring the importance of public speaking and debating through a collection of sound recordings from the Library’s sound archive.

Included in the Speaking Out collection are excerpts from two speeches made on the same day - 3rd September 1939. King George VI of Great Britain and his Prime Minister, Neville Chamberlain, made these speeches to announce the British government’s decision to declare war on Nazi Germany following the regime’s refusal to withdraw its troops from Poland by 11am on that day. Chamberlain’s announcement was broadcast at 11:15am; the King’s speech at 6pm. 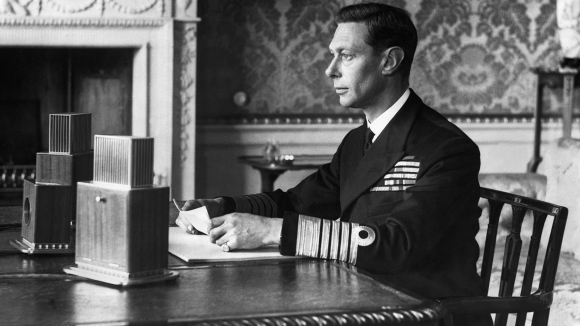 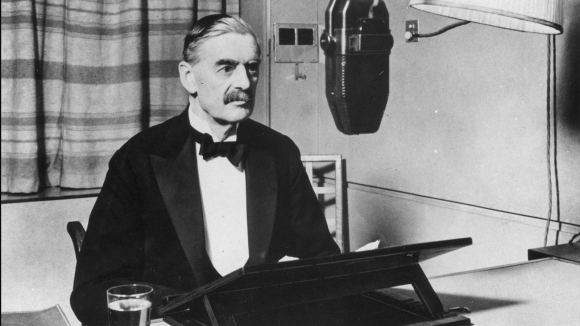 Radio and recording technology were clearly still nascent – there is a background of crackle throughout and none of the dynamic range and depth we take for granted in modern broadcasts and recordings. However, these limitations lend an authenticity to the sound excerpts - placing them in a distinct historical period; faithfully conveying the very formal style of British public speaking at the time; and emphasising the slow and sombre delivery tone of the speeches. The gravity of the situation and the uncertainty of the impending conflict are very apparent to the listener.

Many of us may find the prospect of public speaking quite daunting but we would not normally expect this of prominent public figures such as a King or Prime Minister. However, delivering these speeches proved difficult for both men for very different and personal reasons.

Neville Chamberlain had been a strong advocate of appeasement towards Adolf Hitler. Less than a year earlier, Chamberlain had proudly proclaimed “Peace for our time”, whilst displaying the agreement he had signed with Hitler in Munich concerning the German annexation of the Sudetenland region of Czechoslovakia. Hitler’s subsequent dismissal of the agreement, followed by the invasions of Czechoslovakia and Poland and the declaration of war on Germany proved to be a humiliating reversal in Chamberlain’s fortunes and would soon lead to his downfall.

For the King, announcing the declaration of war proved challenging in another way. George VI, or ‘Bertie’ to his friends and family, was born the second son of King George V and thus never expected to become King. He unwillingly ascended the throne after his brother King Edward VIII famously abdicated in December 1936 to marry American divorcee Wallis Simpson. The King had a bad stammer, which made public speaking very difficult for him. Having to deliver such an important national and international address would therefore have been exceptionally challenging for the reluctant monarch.

The profound air of pessimism in these broadcasts ultimately proved portentous for both figures. The Second World War would have a significant impact on the health of the Prime Minister and of the King. Neville Chamberlain would go on to resign his office in May 1940 and die from cancer before the end of the year. The stress of the war years took a heavy toll on the King and he would die in 1952, aged 56, having reigned for just under 16 years.

Speaking Out is generously supported by the National Lottery Heritage Fund as part of Unlocking Our Sound Heritage.

BBC, Contemporary Britain, Modern history, Radio, Recording of the week, Save our Sounds, Sound and vision