Recording of the week: When in the trees the rooks build high

Birds have long been viewed as predictors of weather. Their voices, flight patterns and nest building activities have been closely observed by countless generations, keen on knowing what conditions to expect for the coming year.

One such bird is the Rook (Corvus frugilegus). This member of the corvid family is mainly found in farmland and open woodland from north-western Europe to eastern Siberia. A highly social bird, rooks congregate in large, noisy groups called rookeries. They start building their nests ready for egg laying in February and it’s the position of these nests that is said to indicate what kind of summer can be expected.

'When in the trees the rooks build high, expect the summer to be warm and dry.'

In 2012 Alan Burbidge made the following recording of a treetop rookery on the Scottish island of Islay. The busy, noisy atmosphere was brilliantly captured by the two microphones laid out on grass near the edge of the rookery trees. 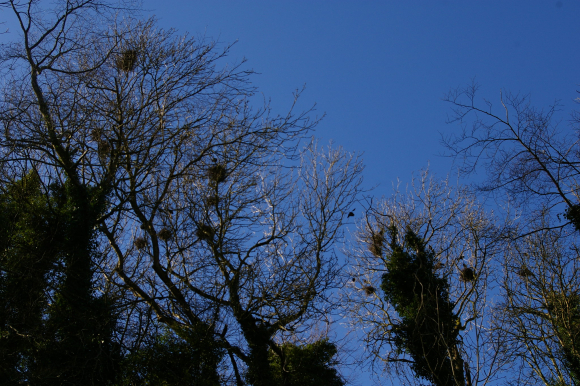 As pleasing as this little piece of folklore is, it doesn’t help very much as rooks generally like to build their nests up high anyway. If you’re able to get out walking this month, do listen out for rooks and pay attention to where they’re building their nests. But perhaps don’t start planning those summer barbeques just yet.

Posted by Madeline White at 7:00 PM