Recording of the week: From potato market to sound archive 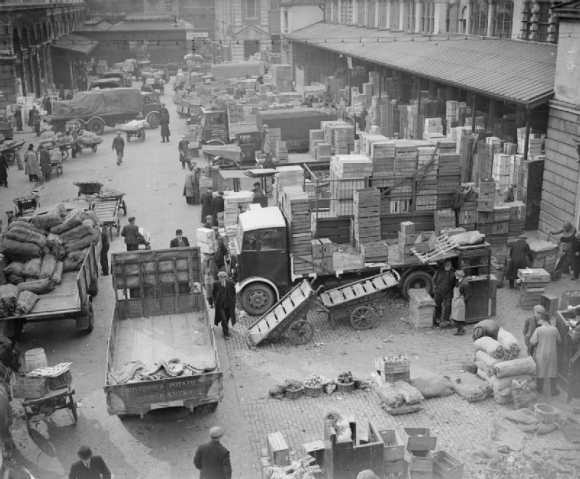 Some interviews make you travel far away, but some shine a light on the history of the building where you are sitting. Tom Arblaster was born in 1930 in Walsall (West Midlands) and was interviewed as part of the Oral History of the Post Office project in 2002. After working as a butcher’s boy at 12, a carpenter’s apprentice and piano factory worker, he joined the Post Office in London. In this recording he describes his work as a young postman in the King’s Cross area in the mid-1950s. In the following extract, he paints a vivid picture of the activities around the potato market, which was located where the current British Library building now stands.

In this fascinating 5 hour and 36 minute long interview, preserved by the Unlocking Our Sound Heritage project, Tom Arblaster talks about his life before and after the Second World War. In particular, he describes the hostility and racism that he and his wife Ingeborg faced because she was German, and the love between them that helped them through financial hardship and social isolation. He recalls the joy of being given a modern, prefab council home, even if it came at a cost of working more than a thousand extra hours at the Post Office to afford the rent. At the time of the interview, he was still working part-time in the Almeida Street post office, a couple of miles away from the British Library.

Oral history, Recording of the week, Save our Sounds, Sound and vision