'An Oral History of British Architectural Historians', is a new oral history project, recently deposited at the British Library Sound Archive. The collection was recorded by the Society of Architectural Historians of Great Britain (SAHGB) and documents the work of historians of British architecture from the mid twentieth century to the present day. In this blog Jake Bransgrove uses the oral history interviews with John Harris (British Library catalogue reference: C1804/03) and John Newman (British Library catalogue reference: C1804/04) to look at the life of Sir Nikolaus Pevsner (1902-1983) and 'The Buildings of' series of architectural guide books. 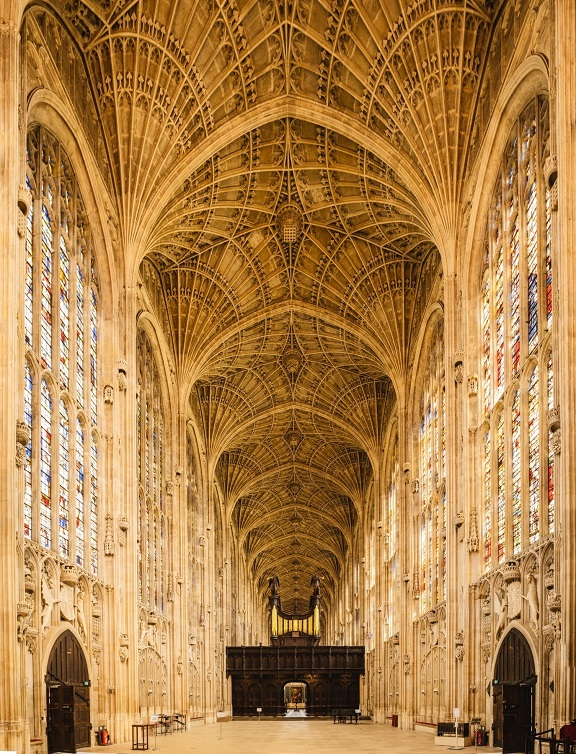 Between 1951 and 1974 Sir Nikolaus Pevsner published 'The Buildings of England', a forty-six volume series of architectural guide books. This was followed by successor series on Wales, Scotland and Ireland. Pevsner’s guides compiled historic buildings with unique or representative architectural value, bringing together formal analysis with wry observations. The books remain essential resources for those curious about their built heritage. For architectural historians in Britain, they are a landmark in the development of the discipline.

Pevsner was central to the project and personal reflections on his character, life and method help us to understand the guides’ significance. Evocative examples come from those with whom Pevsner worked. These include individuals like John Harris and John Newman who helped him at early stages to execute his daunting task. Their involvement with the guides also lead to later careers as researchers, writers and teachers in their own right. Both Harris and Newman have been interviewed for 'An Oral History of British Architectural Historians'.

Harris’s relationship with the 'Buildings of England' began with a period researching the first edition of the Lincolnshire volume (1964). Having previously worked as an upholstery apprentice and an antiques dealer, he was an unlikely choice for the position. Yet, energised by the thrill of the open road, Harris spent a contented period researching for Pevsner. Harris traced Lincolnshire’s sprawl of byways on his Lambretta motorcycle with his future wife Eileen on the back. He also snooped amongst grand if run-down houses – an experience he chronicled in a later memoir, 'No Voice From the Hall' (1998). In the following excerpt, Harris reflects on the reasons for his involvement in the project. At the same time he discusses the limits of his employer’s method:

In Harris' view, Pevsner had a less-than-intrepid approach to research, and did not fully consult topography, English social mores and archival material. On all these points, many others have since agreed.

Yet Pevsner had taken a chance in employing Harris, who had received no formal training in architectural history at this point. The path Harris subsequently took led him to the role of Head Librarian and Curator for the Royal Institute of British Architects. In this he was assisted by interventions from the likes of James Lees-Milne, connoisseur and writer for 'Country Life', and the collector Geoffrey Houghton-Brown. However, it was Pevsner’s patronage that had stamped Harris as approved in matters of architectural history. When considering his life story in perspective, it presents a noticeable fork in the road. As a result, he found himself working with prominent scholars like Sir Howard Colin, Sir John Summerson, Henry-Russell Hitchcock and Rupert Gunnis:

For John Newman, Pevsner’s editor for the two 'Buildings of England' volumes on Kent (1969) and long-time professor of post-medieval British architecture at The Courtauld Institute of Art, Harris’ story proved a kind of precursor. Newman had been a Classics teacher at Tonbridge School when he wrote to his future patron on a whim. He expressed an interest in the guides and asked for advice on how he might become involved in their preparation. This led to Newman meeting with Pevsner and then enrolling for an MA at The Courtauld on his recommendation. Whilst a student, Newman found himself working for Pevsner as a driver on research trips between terms. He would shuttle Pevsner from rural church to rural retreat, at the same time honing his own powers of formal analysis and interpretation. Newman eventually gained the opportunity to compile the volumes on Kent. Pevsner himself considered these books the best of the series.

The inspiration and influence of Pevsner was crucial in kickstarting Newman’s career as an architectural historian, as he recalls in the following clip:

Employment on such informal terms was, as Newman himself is quick to note, a feature of the period. It is notable that neither he nor Harris ever received (or expected to receive) a doctorate. In its pioneering days, architectural history built itself up as a profession through acts of patronage much more than is the case today. For Newman, encounters of the Pevsner sort continued to shape his career. This proved the case when he was approached at the end of his MA by the then Director of The Courtauld, Sir Anthony Blunt – infamous ever since for his public unmasking as a Soviet spy in 1979 – to join the staff after graduation.

Accepting Blunt’s offer, Newman went on to teach at The Courtauld until retirement. He guided a generation of British art and architectural historians and supervised around twenty-seven PhDs. Unlike Harris, he maintained a relationship with the 'Buildings of' series through work on the early Wales volumes and in his role as advisory editor from 1983. He also worked as editor for 'Architectural History', the journal of the SAHGB, between 1975 and 1985. Newman emerged as an influential scholar-facilitator: an editor, advisor and teacher who was, in many ways, cut from the same cloth as Pevsner. Both were aware of their position in a community of scholars and built upon the work of their predecessors. They were as concerned with their own contributions as with supporting those of the future. As Newman recalled of Pevsner’s views on later editions of his guides:

Download John Newman on later editions of the guides Transcript

For all the stories they contain, Pevsner’s guides have a story of their own too. History, even that of buildings, is ultimately the product of people, and of their personalities. For Harris and Newman, and many like them, involvement with the 'Buildings of England' and its Welsh, Scottish and Irish companion series was a pivotal experience. In the early days of architectural history the field was even smaller than it still is. Leading figures took on the stature of giants, with their shadows casting right down to the present. Their influence was disproportionate, and could have career-defining consequences. Such is the case with pioneers.