Recording of the week: Trailblazers in women’s sports 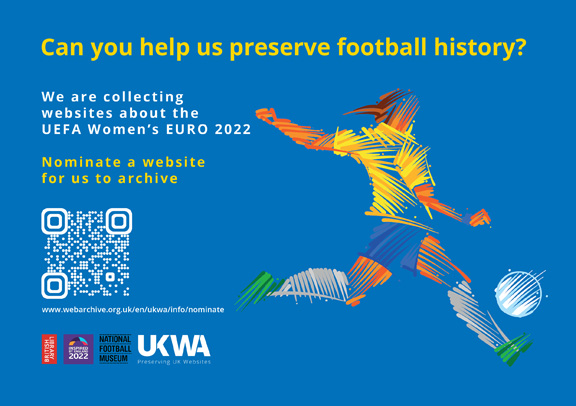 Last week, the UEFA Women’s Euro 2022 competition kicked off in Old Trafford. This is the second time England has hosted the tournament, and there are live matches in stadiums across the country. With an exciting and inspiring summer of women’s sport ahead, I would like to highlight this conversation recorded for The Listening Project in 2021.

The Listening Project is an audio archive of personal conversations, collected by local and national BBC radio stations. Since 2012, people have been invited to have a conversation recorded and broadcast (in edited form) by the BBC and archived by the British Library. You can listen to over one thousand recordings in full on our Sounds website, and learn more about the ongoing project on the BBC website. In this recording, archived in full as British Library call number C1500/2124, two pioneering sportswomen discuss their successes and experiences.

Leah Caleb started playing football at infant school, joining in with the boys in the playground. As her love of football grew, her mum heard about a new women's football team called Chiltern Valley run by Harry and June Batt. Leah joined the club aged 11, and at just 13 she went to Mexico to take part in the 1971 Women's World Cup. At the time, the media were comparing her footballing skills to George Best, and interest and ticket sales for the competition exceeded all expectations.

Although she was representing England and played in front of crowds of 90,000, the team was not recognised by the Football Association or the then Women's Football Association (WFA), and on their return home they were banned from playing for three months. You can read more about the WFA’s reaction to this event in the WFA Archive held by the British Library at call number Add MS 89306. However, this sequence of events paved the way for much greater recognition and support for women’s football, leading to the huge popularity and excitement for the 2022 Euros that we are seeing today.

In this clip, Leah describes her love for the game:

Joining Leah in this conversation is Dana Abdulkarim, who was the first Muslim and Arab woman to represent England in any sport. Like Leah, she was also 13 when her football career was taking off. She was encouraged to go for trials to play for England, but an injury combined with attitudes around her faith and participation in the sport proved to be a challenge. Instead she focused on rounders, which at the time felt more inclusive. She had great success and subsequently gained 67 England caps. She then went on to become Britain's first hijabi Muslim PE teacher, encouraging future generations of girls in sport. She is also a speaker, writer, and trustee at the Muslim Women’s Sport Foundation and the Chance to Shine charity.

Leah and Dana talk together about their trailblazing experiences as women in sport across different generations. They also discuss the challenges they have faced and their hopes for the future.

In this second clip, Dana talks about how things are changing for the better in school sports, and how much she is looking forward to the Euros:

The British Library is part of the UK Web Archive, which has an extensive collection of content from sports clubs (amateur and professional), fan sites, football research and events. There is no distinction in the collection based on gender, and we are working to ensure that information, discussion and creative output related to the UEFA Women’s Euro 2022 competition is preserved for future generations. Anyone can nominate UK published websites for inclusion in the UK Web Archive by filling in our nominations form.

You can read more about the UK Web Archive’s UEFA Women’s Euro 2022 collection in this recent blog post by Curator of Web Archiving, Helena Byrne,