Recording of the week: A new life, all over again 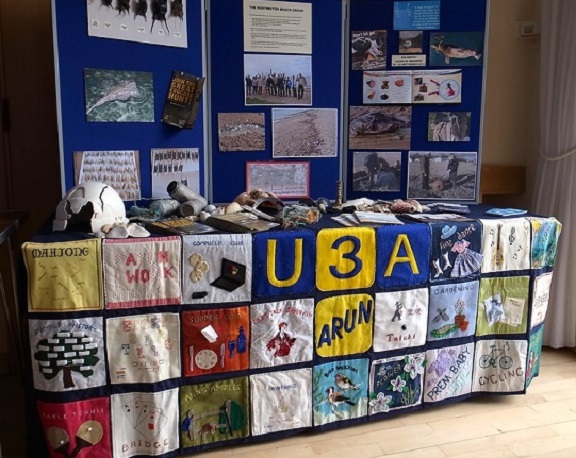 Above: Photo above of a U3A display table taken by George Redgrave. Sourced from Flickr under a CC BY-ND 2.0 license. Link to licence.

It is never too late to learn about oral history, or any other subject. In the 1990s, dozens of members of the University of the Third Age (U3A) trained to conduct oral history interviews in collaboration with the National Sound Archive. As a result, more than 300 life stories were recorded across Sussex, Somerset and London, with and by members of local U3A branches.

Most of the compact cassettes were archived at The Keep in Brighton (collection AMS 6416). In the last few years, they were digitised and reviewed by the Unlocking our Sound Heritage project (UOSH). As part of my work for UOSH, I have had the privilege of listening to the 59 interviews preserved at the British Library (collection C516). The narrators reflect on their social background, education, lifelong learning, careers, leisure, family life, friendships, experiences of migration, World War One and World War Two, and much more. This collection also features many pioneers of U3A who explain how this UK-wide movement was created 40 years ago.

The recordings give a sense of the key social and intellectual role of the University of the Third Age in the narrators’ retirement years. One of the interviewees is Pauline Cowles, who was born in 1919 in Brighton. At the end of the interview that she gave in 1995, she described some of the activities organised by U3A Lewes and the ‘new life’ that U3A has given to her and to fellow members.

Interviews, Oral history, Recording of the week, Sound and vision