Recording of the week: have you ever heard a Billy Hooter? 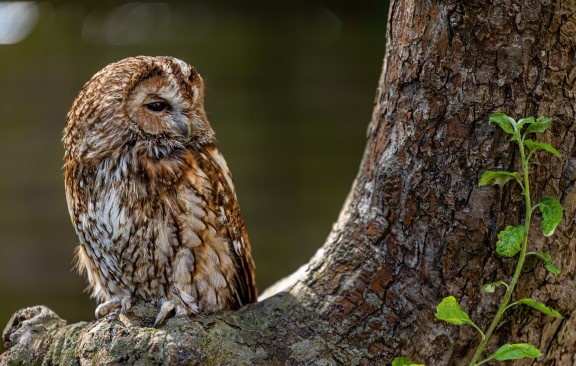 Above: Photo of a Tawny Owl by Jon Pauling. From Pixabay.

As autumn gets underway, the characteristic hoot of the Tawny Owl (Strix aluco) will soon be heard in woodlands across Britain. It is at this time that males use their voice to establish territories in readiness for the breeding season that begins in late winter. This instantly recognisable sound has sometimes been reflected in traditional folk names. In Shropshire the Tawny Owl was commonly known as a Billy Hooter while in Cheshire the species was referred to locally as a Hill Hooter. In the north of England, the name changed again to a Jenny Howlet.

Listen to the Tawny Owl

This recording of a Tawny Owl was made by Richard Margoschis in the grounds of Woodchester Mansion in Gloucestershire, a few hours before dawn on 16 October 1979. The strident hoots of our male are set against a drizzly woodland scene. A second male can be heard responding in the background.

If you’d like to listen to more wildlife and environmental sounds recorded after dark, check out this 60-minute mix of recordings from the collection which can be found in the NTS Radio archive.