Recording of the week: ‘Is fiction truth or is it fantasy?’ By Anita Desai 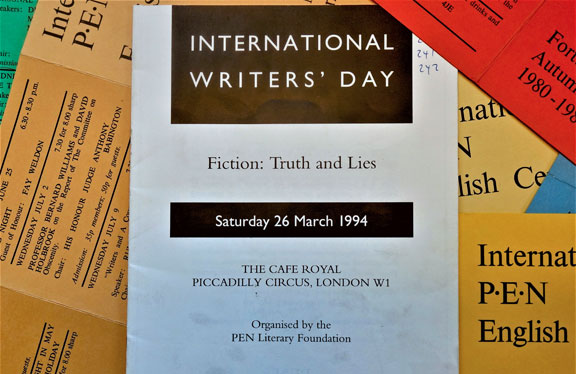 In her lecture, Anita Desai discusses how writers bring a work of fiction to life by blending facts and fantasy. Using examples from her own work and the works of authors such as Salman Rushdie, Herman Melville, and Ted Hughes, she makes the following argument:

I think that possibly the last person to be asked the question whether fiction is truth or fantasy is a writer of fiction.

How can I tell truth from fantasy or fantasy from truth? Are they separate? For I am not in the business of separating them. What I do is make the separations disappear.

Whether we read the work as fact or fantasy depends much on where we stand as readers.

Note: At 15 minutes 28 seconds into the recording, Anita Desai reads Ted Hughes’s poem ‘The Thought-Fox’. For copyright reasons the poem has been redacted from the recording presented here and is not included in the transcript either. There is an audio recording of Ted Hughes reading the poem online with transcription at The Poetry Archive.

You can access more PEN recordings in the Library’s Reading Rooms and browse the collection online in the Sound and Moving Image Catalogue using the British Library reference C125.

The English PEN collection at the British Library consists of literary talks and readings hosted and recorded by PEN between 1953 and 2006. It contains 1187 recordings from over 400 tapes.  It also includes the International Writers’ Day events recorded by the British Library. Most of the events took place either in London or in different parts of the UK.