Recording of the week: The Vicinus Music Hall Interviews

This week’s post is by Victoria Hogarth, Data Protection and Rights Clearance Officer for Unlocking Our Sound Heritage.

The Vicinus Music Hall Interviews, digitised as part of the Unlocking Our Sound Heritage project, are a treasure trove for music hall enthusiasts. Martha Vicinus, an American scholar of English literature and Women’s studies (now at the University of Michigan), visited a number of retirement homes for music hall and variety artists during the 1970s. She interviewed a range of artists, all of whom were active during the golden age of the music hall circa 1910 to 1950.

As well as the good times, the interviewees also touch on more difficult experiences. Many were part of The Entertainments National Service Association (ENSA), set up to provide entertainment for British armed forces personnel during World War II.

The excerpts I’ve chosen for this recording of the week describe Don Ross’ experiences managing a travelling circus during World War II. Don was an artist turned promoter and producer who enjoyed a long career in music hall and variety. 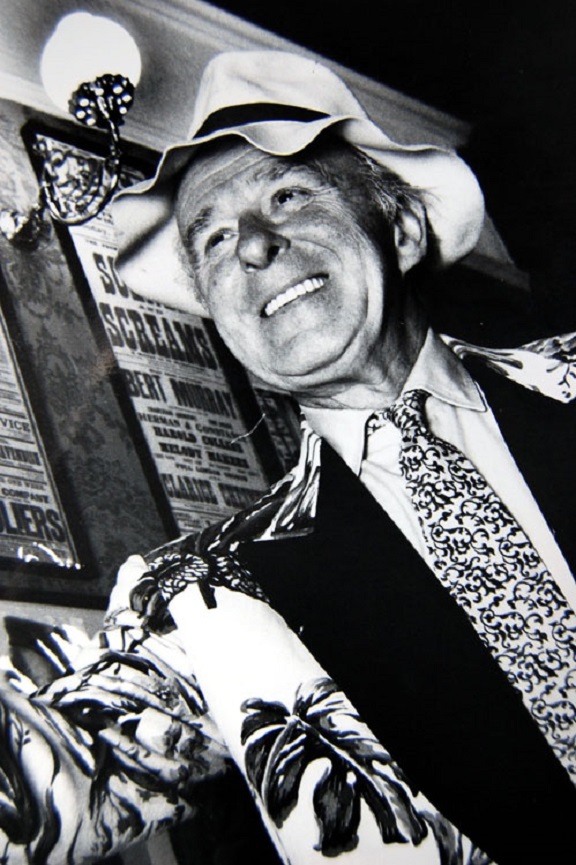 Above: Portrait of Don Ross. Photographer unknown, published in the Guardian on 30 June, 1971.

I chose these clips because they provide an alternative wartime experience. Many of our oral history collections document the effects of the war on everyday life, but we don’t often hear about the effects on the entertainment business, and certainly not the circus!

In the first clip, Don describes a particularly heavy bombardment that took place in Norwich during the circus tour. The city of Norwich was very heavily bombed in April and May 1942 as part of the so-called Baedeker raids. Don recalls keeping a vigil all night next to the lion cages, speaking softly to the lions while bombs rained down.

Listen to Don Ross on calming the lions

The second clip describes the intense difficulty of getting food for the circus animals during rationing. Don recollects his efforts to source herring for sea lions, hay for elephants and oranges for monkeys.

Listen to Don Ross on feeding the animals

It’s easy to forget the bravery of the artists providing entertainment up and down the country, often in coastal towns highly vulnerable to bombardment. Later in the interview, Don describes losing three artists when one of his shows was bombed, and recalls having to entertain audiences during air raids. These clips offer a fascinating insight into the morale-boosting efforts of the ENSA performers, as well as a vivid description of life during the blitz.

Interviews, Oral history, Recording of the week, Sound and vision