Between 1978 and 1994 the Institute of Contemporary Arts ran an annual series of contemporary music concerts called MusICA. Among the works programmed were those by Italian-born composer Giacinto Scelsi (1905-1988). Little known and ostracised by music academic entourages of the time throughout his life - French composer Pierre Boulez branded him as an amateur - he became well known around the 1980s and is today considered one of the pioneering figures of minimalist and microtonal music.

Fascinated in the 1940s with the teaching of the Second Viennese school and its characteristic twelve-tone music, he shifted in the 1950s towards more radical and experimental avenues. His interest in mysticism and esoterism largely influenced him. Testament to this is a Zen symbol added to his signature on all of his scores. Oriental philosophies didn’t much influence his compositional methods, but rather provided concepts through which to compose music.

His main musical teaching was that the whole world depends on sound. The repetition of a single sound, in particular, is central to his ideas. He writes: ‘my music is not this, nor that, it’s not dodecaphony nor pointillism, it’s not minimalist either [...]. Notes are just wrappers […]. Sound is spherical, but we always tend to see it in terms of duration and frequency. That is not right. Every spherical element has a centre […]. We need to get to it. By hitting for a long time the same note, the note itself becomes bigger, it grows so much that its own harmony surfaces and enlarges within it’. A single sound loses then its status of one among equals with other notes in a piece, and becomes the essence of it, through the continuous elaboration of its frequency.

Scelsi's research determined, between 1952 and 1978, avant-garde compositional techniques which mainly involved improvisations both with piano and instruments producing quarters and octaves of tones, like the ondioline. His musical journeys were not only free of any constrictions, but also free from transcriptions (which he left to his collaborators, after recording his works on tape). The appreciation of the verticality of a sound, led him to further investigate musical timbre, and to appreciate the human voice as one of the most powerful instruments capable of breaking sonic structure. 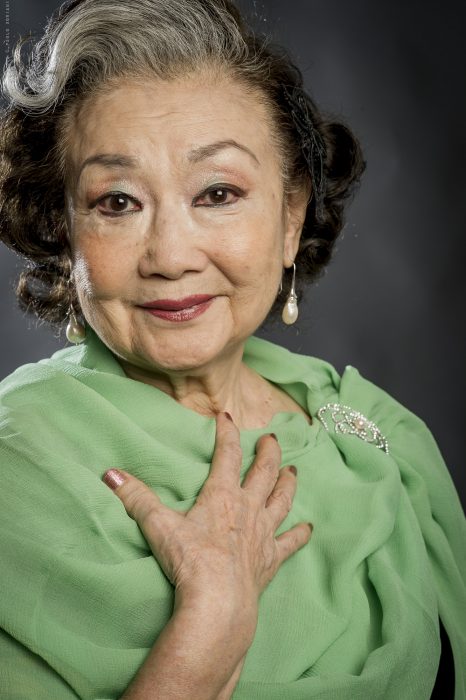 Among his closest collaborators was Michiko Hirayama (1923-2018), the Japanese singer historically associated with the performance of ‘Canti del Capricorno’, the 20-song cycle that Scelsi wrote specifically for her voice. The microtonal inflections in her technique while interpreting classical Japanese pieces had in fact soon captured him.

Scelsi officially wrote the cycle between 1962 and 1972. During an interview with musical artist Arturo Tallini though, Hirayama explains how it actually took her four decades to reach interpretative perfection of the cycle’s vocal part. Firstly, the manuscripts contained notes with just phonemes pencilled down to which she had to add her own improvisation and vocal experiments so as to become the instrument of the song itself rather than its interpreter, quite an open-ended task; secondly, she felt the intensity of both emotional and mental state required to make Scelsi’s work come to life was only achieved when she was 82. In 2005, towards the end of a performance of the entire cycle held in Berlin, she indeed found herself in a state of unconsciousness. Only then she considered ‘Canti del Capricorno’ finally completed.

This is an extract from Michiko Hirayama’s performance of ‘Canti del Capricorno’, No. 2 performed at the ICA on 8 February 1981.

Follow @BLSoundHeritage for all the latest news from the project.